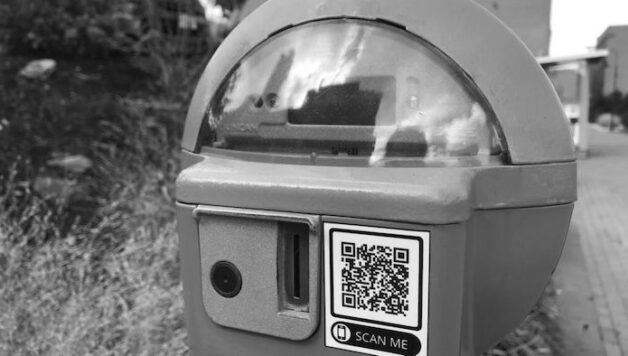 Scamming is a 25 hour a day 8 day a week profession! Professional scammers use every imaginable method and technology to rob you. And because we have come to rely on our technology so much we should also realize we can’t trust it.

The latest scam ripping you off is that parking meter QR scam. What has world come to when you can’t even trust a parking meter?

Everyone knows that parking meters are ubiquitous especially in large cities and anywhere else you may find a car. And in the past few years new services and apps have sprung up that manages the parking meter fees for cities. This includes such parking services as ParkMobile, ParkWhiz, EasyPark and other city specific parking apps like ParkChicago and ParkNYC.

But lets be real for a second, parking fees bring in tens of millions of dollars for cities every year. And the parking app market is exploding. According to Yahoo! Finance the parking meter app market will bring in $234 million by 2028.

So of course the techno-scammers are jumping in and they are getting between you and your precious parking meter. How does the scam work? Simple, the techno-crook simply sticks his or her own QR code over the code on the parking meter. You scan the code thinking you’re paying the city but in reality you just sent the payment directly to the crook. Its that simple. And remember QR codes are so, so, easy to create. There are literally hundreds of FREE QR code generator websites and it takes just a few minutes to create one.

Right now the scam is hitting cities in Texas pretty hard. Houston, San Antonio and Austin all reported the scammers hitting their meters. But you know it just a matter of time before its a major problem all over the country. Houston officials have reminded drivers that the city does not use QR codes for parking fee payment. But that is not true all over the country. Many cites do use the QR code so you need to be aware when visiting an unfamiliar city. Now keep in mind  a lot of parking apps are used in private parking garages, airport parking buildings and even shopping centers and hospitals. So we’re talking about fertile ground for this new scam.

Can you trust a QR Code?

Now the question becomes, can you trust a QR code? Mmm, good question.

First you need to know that in the cyber world trust should never be 100%. Trust no one or anything. QR codes and short URLs are everywhere…everywhere! Now you know what a QR code looks like. But a short URL may show up in your text messages looking like this, YxT.at/cerQY. And if you click on it you could end up anywhere on the internet.  So, again, never trust them.

The smartest move would be go directly to the website. Don’t rely on the QR code or short URL to take you there. You already know why.  OK, so its an end run around the technology designed to make life easier for you. But on the other hand its the only way to know for sure where you are going and who you are paying and even prevent your smartphone or other device from being hijacked. In Florida a scammer placed a QR code on the napkin dispenser in a fast food restaurant. The code downloaded malware into hundreds of phones.

If you can’t get to the website on your own you should ask ask the business to give you a fresh menu or another document with the code or URL on it. And suggest they check their QR codes for suspicious activity. Again, a QR code can be placed anywhere by anybody.

Another way to add some security into your life is to dump your stock QR code scanner for a more secure version. Secure scanners will check the URL you’re being directed to and alert you to a scam or suspicious website.

And for those short short URLs there are some options.  If the URL was generated by Bitly, you can simply add a plus sign “+” to the URL and Bitly displays a preview of the website before you actually go there. Another popular URL shortener, TinyURL, offers a similar preview feature—just place “preview” in front of the shortened URL.