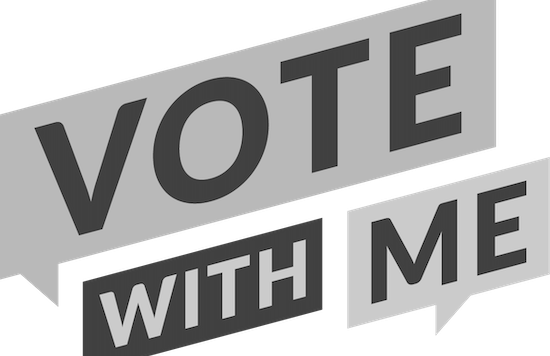 App of the Week – Vote With Me

Ever heard of a lean-in vote? A lean-in vote is when someone is asked who they voted for and they respond by leaning a little closer and whispering their answer. They are concealing their choice to avoid social awkwardness or conceal their real political views. Thats why Vote With Me is the App of the Week.

Have you ever asked yourself if someone you know, work with or do business with is a Republican, Independent, Libertarian or Democratic? Are they anti-immigrant or pro-abortion? Are they a gun nut? With Vote With Me you can now find out.

Vote With Me matches your friends, family and associates in your contacts list with registered voters based on their names and address. If the app finds a match it will reveal a surprising amount of information about their political life. This includes party affiliation, the last several elections in which they voted, and the ones they missed.

U.S. voting records are completely confidential. So you won’t know exactly how someone voted. But you can get a better idea of their views. In the interest of privacy the app promises to delete contact data that it examines after it has performed its matching process so your contact data will remain yours.

But the real value of the app is that it can also reveal the voting behavior of a lot of people who aren’t your friends. These include co-workers, your boss, and others who appear in your contacts list. Of course you may not want to know some information, such as the fact that the guy or girl you’re dating hasn’t voted in a decade. Or maybe your neighbors have a different party affiliation than you. But you probably suspected that anyway.

But understand this app is far from non-partisan.  The developer’s name is Flip the House. Its FAQ and staff page reveals its members have worked with the Obama administration, and the release notes for the iOS app begin, “VoteWithMe helps you increase voter turnout for Team Blue.”

According to the creators of the the app, The New Data Project, claims encouragement from friends is 20 times more effective at getting the vote out than strange campaign volunteers coming to your door. But they have not revealed how they came to that number.

Vote With Me was originally released in October 2017 and updated in September 2018 and now covers the whole country. The app is free and available for iOS and Android.