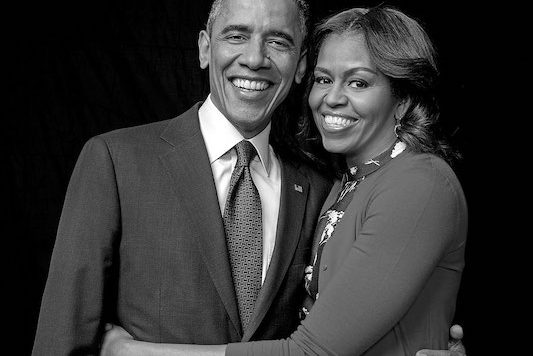 A year ago Former President and Mrs. Obama secured a major deal with Netflix. Now Higher Ground, the Obama’s production company, has announced its first lineup of Netflix shows.

Bringing the seven-show catalog to streaming television will take place over several years. Reports of the coming production say that it will be an inspiring mix of shows that are described as, “resilience, determination, and hope” focused on “transcending divides to bring us together.” But the shows are also expected to highlight and focus on sometimes difficult subjects.

“We created Higher Ground to harness the power of storytelling. That’s why we couldn’t be more excited about these projects,” President Obama said. “Touching on issues of race and class, democracy and civil rights, and much more, we believe each of these productions won’t just entertain, but will educate, connect, and inspire us all.”

Upcoming shows include “American Factory” a look at the tensions that arise when a Chinese billionaire opens a factory in an abandoned GM plant. “Bloom,” focuses on the struggles of women and people of color in New York’s post-World War II fashion industry. A film based on David Blight’s Frederick Douglass biography is also in production. “Big Short” author Michael Lewis’ “Fifth Risk” will show the work of “everyday heroes” in government and the military, while “Crip Camp” highlights how a summer camp for disabled teens helped spark the disability rights movement.

Former President Obama said in a statement, “One of the simple joys of our time in public service was getting to meet so many fascinating people from all walks of life, and to help them share their experiences with a wider audience. That’s why Michelle and I are so excited to partner with Netflix. We hope to cultivate and curate the talented, inspiring, creative voices who are able to promote greater empathy and understanding between peoples, and help them share their stories with the entire world.”

No date was announced when the shows will begin streaming.