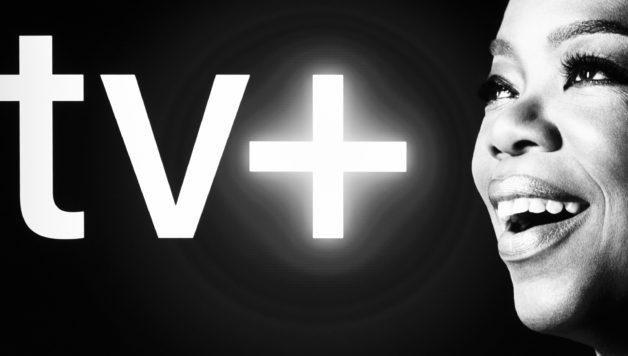 It seems that Oprah and Apple TV+ may not be the love fest it was thought to be. Oprah Winfrey is backing out of a documentary she produced about music industry executive Drew Dixon. Dixon, along with another women, accused Russell Simmons of rape in an interview with The New York Times just a month ago.

In a statement to several film industry publications Oprah said, “I have decided that I will no longer be executive producer on The Untitled Kirby Dick and Amy Ziering documentary and it will not air on Apple TV+.”

Why you may ask? Well Apple has not responded to requests for comment on the issue. But Oprah no doubt has the power to make such decisions. She has explained her decision in her full statement below.

I have decided that I will no longer be executive producer on The Untitled Kirby Dick and Amy Ziering Documentary and it will not air on Apple TV+. First and foremost, I want it to be known that I unequivocally believe and support the women. Their stories deserve to be told and heard. In my opinion, there is more work to be done on the film to illuminate the full scope of what the victims endured and it has become clear that the filmmakers and I are not aligned in that creative vision. Kirby Dick and Amy Ziering are talented filmmakers. I have great respect for their mission but given the filmmakers’ desire to premiere the film at the Sundance Film Festival before I believe it is complete, I feel it’s best to step aside. I will be working with Time’s Up to support the victims and those impacted by abuse and sexual harassment.

In a separate Instagram post, 50 Cent shared a composite image of six men: Bill Cosby, R. Kelly, Weinstein, Jeffrey Epstein, Kevin Spacey and President Donald Trump. The first two men have the word “JAIL” written under their faces, while “WALK” is placed under the others, all of whom are white. “You think Oprah don’t notice how this s hit is playing out?” 50 Cent writes.

Simmons, who is denying the accusations, has also sent a message to Oprah via Instagram saying;

“Dearest OPRAH, you have been a shining light to my family and my community. It’s so troubling that you choose to single me out in your recent documentry [sic]. I have already admitted to being a playboy (more appropriately titled today ‘womanizer’) sleeping with and putting myself in more compromising situations than almost any man I know … So many that some could reinterpret or reimagine a different recollection of the same experiences.” Simmons pointed out that he passed “nine 3-hour lie-detector tests,” and the “stories are UNUSABLE.”

“I am guilty of exploiting, supporting and making the soundtrack for a grossly unequal society, but I have never been violent or forced myself on anyone,” he writes. “Still I am here to help support a necessary shift in power and consciousness.”