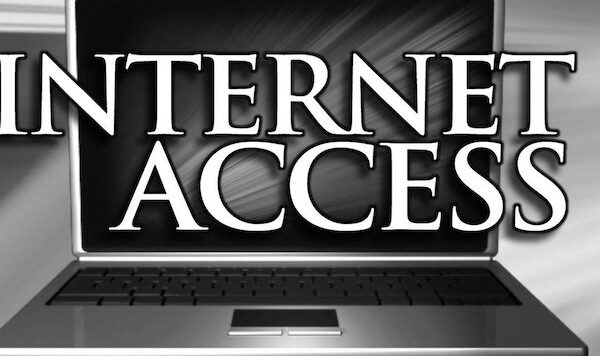 For many low income Americans help is on the way. U.S. residents can now apply for help with their internet bills under the new Affordable Connectivity Program (formerly the Emergency Broadband Benefit Program) Shockingly, the new program is the result of a bipartisan $14.2 billion infrastructure law passed in November.  Low income households can now apply to take up to $30 off their monthly internet service bill. Qualifying households in Tribal lands will see a discount of up to $75 per month. The program is intended to connect millions of lower income and disadvantaged Americans to the internet.

Its a fact that many households haven’t had access to the greatest communication too in human history. This is especially true of communities that have historically faced greater barriers to getting online. According to the FCC in 2017 Native Americans, almost a third of whom live on Tribal lands, lacked high-speed internet at home.

Even when internet is available the price can keep some families offline. The United States has the second-highest broadband costs out of 35 countries studied by the Organisation for Economic Co-operation and Development (OECD). According to the U.S.Census Bureau American Indian and Alaska Native people have the highest poverty rate of any racial group in the U.S. The Digital Divide is an obstacle to economic prosperity for many isolated tribes and even inner city households.

Who Is Eligible for the Affordable Connectivity Program?

A household is eligible if a member of the household meets at least one of the criteria below:

Many communities have begun to build  free WiFi for the entire city. This is a free service that is provided by the city for all residents and it is big step toward  bridging the digital divide and boosting the economic and educational growth among city residents. This is a growing and popular trend for many municipalities even though some politicians and internet companies are fighting against it.

In New York City WiFi is everywhere and the city has ambitious plans to turn old phone booths into WiFi hotspots. San Francisco CA, Hartford CT, and more more than 50 additional cities are providing free WiFi citywide. It might surprise you to learn that Mexico City has set a word record for free WiFi hotspots.

Anytime the government begins handing out money there is a scam to get a share. You would think major corporations, in this example internet service providers (ISP), would be happy with subsidies. Sadly many are the source of ISP provider scams.

According to the Federal Communications Commission (FCC) the agency has detected provider fraud in its Emergency Broadband Benefit (renamed the Affordable Connectivity Program) program that offers $50 a month to low-income households needing high-speed Internet.  Evidence uncovered in one Florida school with only 200 students showed over 1,800 EBB enrollments. FCC Inspector General also shared examples of fraud in Arizona, California, Colorado and Alaska schools.

The same corporate fraud hit the COVID-19 broadband relief program. This program is also the part of the Affordable Connectivity Program. Only this time the victims were the poor people it was meant help.

The FCC required ISPs to offer discounts across all tiers, including legacy and “grandfathered” (older, possibly cheaper plans that they may not sell any more) plans.

The ISP argued that it was technically difficult to provide a $30 discount to plans they no longer actively sold. But industry watchers pointed out that the ISPs had created the cumbersome barriers to actually getting the service, or actively exploited the sign up process to force struggling low-income applicants on to more expensive plans once the initial contract ended. Is there no shame?

If you need internet and are having trouble affording it then there is help. Contact the Affordable Connectivity Program by visiting fcc.gov/ACP.