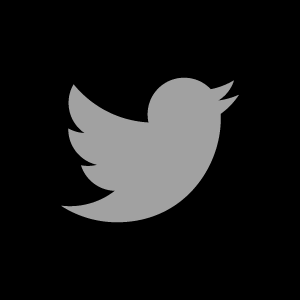 From #UKnowUrBlackWhen to #BlackLivesMatter, how a loose online network became a pop culture juggernaut, an engine of social justice, and a lens into the future.

Near the end of 2009, during the twilight months of a decade that saw the first Black man elected to the US presidency, Ashley Weatherspoon was chasing virality on a young app called Twitter. As the personal assistant for the singer Adrienne Bailon, a former member of the pop groups 3LW and the Cheetah Girls, Weatherspoon often worked on social media strategy. For weeks, she and Bailon had been testing out hashtags on both their feeds to see what would connect with fans. A mild success came with variations on #UKnowUrBoyfriendsCheatingWhen.  Later, on a car ride around Manhattan, they began playing with #UKnowUrFromNewYorkWhen. “We started going ham on it,” Weatherspoon told me when we spoke over the phone in June. As the two women were laughing and joking, an even better idea popped into Weatherspoon’s head. “Then I said, oh, ‘You know you’re Black when …’”

“We started going ham on it,” Weatherspoon told me when we spoke over the phone in June. As the two women were laughing and joking, an even better idea popped into Weatherspoon’s head. “Then I said, oh, ‘You know you’re Black when …’”

It was the first Sunday in September, at exactly 4:25 pm, when Weatherspoon logged on to Twitter and wrote, “#uknowurblackwhen u cancel plans when its raining.” The hashtag spread like wildfire. Within two hours, 1.2 percent of all Twitter correspondence revolved around Weatherspoon’s hashtag, as Black users riffed on everything from car rims to tall tees. It was the viral hit she was after—and confirmation of a rich fabric being threaded together across the platform. Here, in all its melanated glory, was Black Twitter.

More than a decade later, Black Twitter has become the most dynamic subset not only of Twitter but of the wider social internet. Capable of creating, shaping, and remixing popular culture at light speed, it remains the incubator of nearly every meme (Crying Jordan, This you?), hashtag (#IfTheyGunnedMeDown, #OscarsSoWhite, #YouOKSis), and social justice cause (Me Too, Black Lives Matter) worth knowing about. It is both news and analysis, call and response, judge and jury—a comedy showcase, therapy session, and family cookout all in one. Black Twitter is a multiverse, simultaneously an archive and an all-seeing lens into the future. As Weatherspoon puts it: “Our experience is universal. Our experience is big. Our experience is relevant.”

Though Twitter launched exactly 15 years ago today, with the goal of changing how—and how quickly—people communicate online, the ingenious use of the platform by Black users can be traced, in a way, much further back in time. In 1970, when the computer revolution was in its infancy, Amiri Baraka, the founder of the Black Arts Movement, published an essay called “Technology & Ethos.” “How do you communicate with the great masses of Black people?” he asked. “What is our spirit, what will it project? What machines will it produce? What will they achieve?”

For Black users today, Twitter is Baraka’s prophetic machine: voice and community, power and empowerment. To use his words, it has become a space “to imagine—to think—to construct—to energize!!!” What follows is the first official chronicling of how it all came fantastically together. Like all histories, it is incomplete. But it is a beginning. An outline. Think of it as a kind of record of Blackness—how it moves and thrives online, how it creates, how it communes—told through the eyes of those who lived it.

As early web forums like BlackVoices, Melanet, and NetNoir fizzled out in the mid-2000s, online spaces that catered to Black interests were scarce. BlackPlanet and MySpace failed to fill the void, and Facebook didn’t quite capture the essence of real-time communication. Users were looking for the next thing. 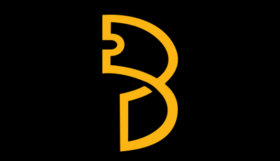 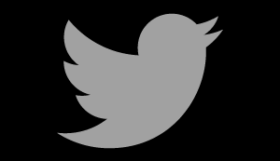