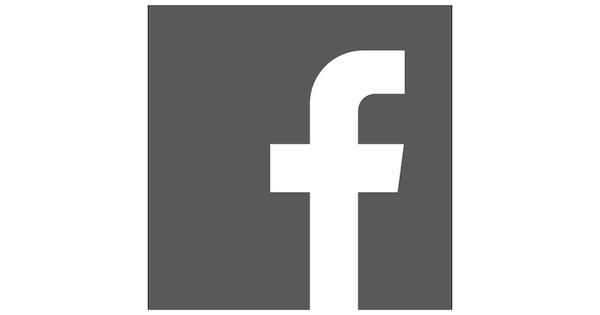 Why Facebook’s Fight for Survival Hinges on a Smooth Election

Facebook is fighting to survive the information war. Every four years Americans get to pass judgement on the nation’s most powerful politician. Unlike many other nations we can, and do, remove or re-appoint these men on a regular schedule. But currently America is in the midst of an information war. We are fighting to get accurate reliable information. We have been subject to the term “fake news” for too long. We have seen too much overt hatred, deliberate misinformation and outright lies and rampant conspiracy mongering. In every war there are casualties. In this war the target has become social media. In particular, Facebook.

Facebook has begun to realize that their survival is at stake in this election. If something goes wrong; if the wrong information should emerge from its platform; from whomever; if America’s peaceful democracy is in anyway disturbed; the result could be the merciless and permanent dismemberment, even termination of the company. Facebook, by its own actions, has shown that it is well aware of this fact.

Mark Zuckerberg, sitting atop Facebook, has plenty to fear. His and several other major tech companies are in the cross hairs of the American political system. Zuckerberg, even with his money and lobbyist, can’t count on allies on Capitol Hill as both the Republican and Democratic party have bones to pick with these companies.

Most recently the CEO’s of Microsoft, Google, Apple, Amazon and Facebook were compelled to testify before congress on their corporate dominance in the technology sector. Congress is taking a long hard look at these companies and is seriously considering breaking them up. In the report from the House Judiciary Committee the members stated that there is a “clear and compelling need” to “strengthen antitrust enforcement and consider a range of forceful options including structural separations and prohibitions on anti-competitive conduct.”

Facebook is in the unfortunate position of having both political parties angry with the company. For the Republicans they have long argued that conservative voices and opinions have been censored on social media. According to Mississippi Republican Sen. Roger Wicker Facebook “disproportionately suppress and censor conservative views online.” And Republican Jim Jordan said “I’ll just cut to the chase, Big Tech is out to get conservatives,” said Jordan. “That’s not a hunch. That’s not a suspicion. That’s a fact.” Is that really a fact? Not according to some experts. But that is not doing Facebook any good. Republicans are angry. And it’s not helping that Facebook is not sharing its own data on the subject.

Facebook is not doing any better with Democrats. Lawmakers have been pushing Facebook to get serious and take action against misinformation coming from the platform.  U.S. Representatives Pramila Jayapal and David Cicilline accused Facebook of failing to enforce its own rules when it comes to false claims about the election, and not doing enough to stop right-wing militias and white supremacist groups from using the platform to organize potentially violent events. According to an NBC News story Facebook has repeatedly overruled its own fact checkers in order to help conservative pages avoid being punished for spreading misinformation.

Facebook could be up against another major power in Washington. Should former VP Joe Biden take office in January he will be on record with his anger at Zuckerberg and company.  In a letter to Facebook Biden campaign manager Jen O’Malley Dillon warned Facebook that rather than “seeing progress, we have seen regression.” O’Malley Dillon accurately noted that Facebook has claimed to be cracking down on voting misinformation and then did nothing when the GOP spread lies about nonexistent mass voter fraud. So in contrast to what Republicans are saying Facebook may actually be favoring conservatives.

Facebook’s situation is not a good one and that is just the pressure coming from outside the company. Zuckerberg is dealing with what amounts to a civil war inside the company.

Former director of monetization at Facebook Tim Kendall told congress in his opening statement that  “The social media services that I and others have built over the past 15 years have served to tear people apart with alarming speed and intensity. At the very least, we have eroded our collective understanding—at worst, I fear we are pushing ourselves to the brink of a civil war.”

In June Facebook employees staged a virtual walkout to protest the company’s policies in relation to posts by Trump. Speaking through Twitter, and using the hashtag “#Take Action,” employees publicly announced their participation in the protest. These employees expressed disappointment and shame in the decision by Facebook’s leaders to leave up a post from Trump in which the president said that “when the looting starts, the shooting starts.”

These same employees want Zuckerberg to explain what he planned to do about Trump’s misinformation campaign. Facebook employees wanted answers. After weeks of heated internal debate inside the company nearly 3,000 employees asked Zuckerberg to address it publicly during a company-wide meeting. Employees also asked about Facebook’s news partner Breitbart News and the video the company shared that pushed misleading information about the COVID-19 virus.  Zuckerberg’s answer to the question was to say that it was an “unprecedented position.”

Facebook employees also gathered evidence they claim shows right-wing outlets and figures including Turning Point USA founder Charlie Kirk, Trump supporters Diamond and Silk, and conservative video production nonprofit Prager University, received special treatment that helped it avoid violating company policy. They see it as part of a pattern of preferential treatment for right-wing publishers and pages, many of which have alleged that the social network is biased against conservatives. The list of grievances from Zuckerberg’s own employees is long and the atmosphere inside the company has been described and tense, very tense.

Facebook leadership have reacted to this harsh internal criticism by removing comments and questions from the internet message boards, restricting access to internal data and terminating employees.

Employees who spoke out about the apparent special treatment of right-wing pages have been dealt with harshly. One senior Facebook engineer collected multiple examples of conservative groups receiving unique help from Facebook employees, including those on the policy team, to remove fact-checks on their content. His post was removed because it violated the company’s “respectful communication policy” and he was terminated. But termination was not however the end of his dealing with Facebook. The company let him know “… to expect to be contacted by legal and HR if my post is found to be violating other policies in addition to Respectful Comms.” The firing sent a chill through the company ranks and one employee said this was “hardly the first time the respectful workplace guidelines have been used to snipe a prominent critic of company policies/ethics.”

Zuckerberg has denied being a shill for the conservative right wing viewpoints. Telling Axios that its “just wrong” to consider Facebook a right wing echo chamber. And there is evidence that suggests that Zuckerberg’s view of the situation may have some validity. As far back as 2016 some Facebook employees say that the company has actively suppressed conservative views.

According to an August article in Buzzfeed employees criticized Zuckerberg’s reason as to why Facebook failed to remove a Wisconsin a militia group. Employees allege that the group used Facebook to plan an event where two protesters were killed.

Recent actions by Facebook is telling evidence that Zuckerberg understands what he is up against. With Trump hinting he may refuse to accept election results and the remote potential for election related violence Facebook may be flirting with a cataclysmic moment in U.S. history. As a result Facebook has taken actions to curtail misleading election information leading up to and following the election. Facebook has also taken steps against conspiracy spreading posts, hate groups and inaccurate Covid-19 posts.

Zuckerberg is serious about protecting Facebook from the political cataclysm that could come from inaccurate election results or political violence. Facebook has even crafted a plan in the event Donald Trump tampers with the election results. According to The New York Times Facebook is now playing out differing election night scenarios as part of its pre-election work to prevent interference on its platform.  Facebook has not said what action it may take, but Zuckerberg is not stupid. He understands that Facebook and social media are in grave danger.

Facebook is without a doubt in a fight for survival. Inside and outside the company it is common knowledge that many view Facebook as a threat to democracy here and abroad. A leaked internal memo from a departing Facebook employee spells out the danger the company has become to democracy.

But Zhang’s memo raises the question as to whether Facebook is simply too big to control its users. Zhang pointed out that Facebook must monitor nearly three billion users and wage information war with sophisticated well funded governments around the world misusing the platform. According to Zhang it is not surprising that Facebook failed to remove all disinformation in Honduras or Bolivia or Azerbaijan. The surprising fact is the Facebook is expected to moderate political discourse across the entire globe. She said that Facebook must accurately and quickly determine what statements are valid and what is not. According to Zhang, even with Facebook’s reach and resources, that is simply not a reasonable expectation.

As with every war eventually the guns fall silent, the smoke clears and the light reveals a battle field littered with the dead. Zuckerberg is hoping Facebook is not found among the casualties.