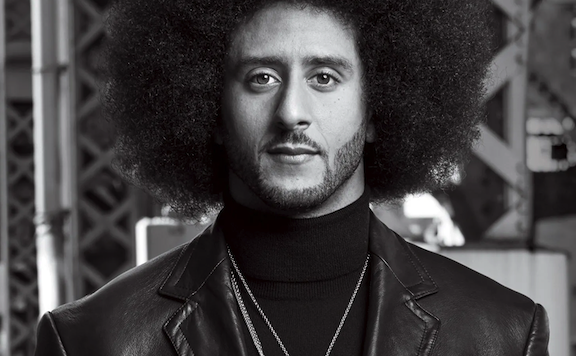 Netflix has released the Ava Duvernay miniseries that explores the life of activist and former pro QB Colin Kaepernick. Kaepernick protested against social injustice, systemic racism, and police brutality by taking a knee during the national anthem. Many in white America and the NFL owners were not happy and decided to destroy Kaepernick. It didn’t work.

Netflix is working to recognize the talent of African-American directors and producers and scored big when they signed Duvernay. She has produced some of Netflix’s most successful programming including Selma and When They See Us. Duvernay, working with Kaepernick, create a limited series about the athlete turned activist that focuses on his life from childhood to the NFL and finally to activism and global attention. The series, Colin in Black and White, is narrated by Kaepernick himself.

“Everyone’s got a story. We have to ask the second question,” she added. “Go deeper. Why do you think what you think? Why do you believe that?”

Colin in Black and White premieres on Netflix on Oct. 29.