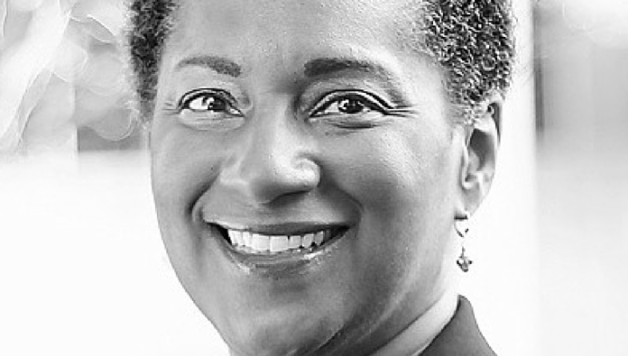 Its Time Black Women Got Some Re$pect in Tech

We cannot dismiss one simple fact in technology; women and people of color are not seen as worthy of investment. Venture capitalist, the money people, are not interested in investing in start ups led by people of color or women. It’s simply a white money man’s world.

But as always people of color, black women especially, won’t take ‘no’ for an answer anymore. Black women are finding the money to launch new technology companies. It not easy and its not always a lot. But they are fighting like hell and it’s paying off.

Enter Arlan Hamilton, CEO and founder of Backstage Capital. Hamilton is a black women. But a better description would be a super black women. Just three years ago she was homeless. She slept in the San Francisco airport or on someone’s couch. She has no college degree and no experience in finance. And yet here she is.

Hamilton’s company, Backstage Capital, has invested more than $4M in 100 companies. Whats unique about these companies is that they all have at least one founder who is a woman, person of color, or is LGBTQ positive. Currently Backstage is developing a $36m investment into projects headed by black women, $1 million at a time. The project name? “It’s about damn time fund.”

What you are looking at is a graphic that shows the racial and gender breakdown of the top 100 venture capitalist. According to CB Insights Research 64 percent are white men, with only nine percent being women and four percent women of color.

When asked if things are getting better Hamilton’s answer is a clear, “no.” Hamilton admits that the culture is changing, “The biggest change I’ve noticed is that people are talking openly about things now. It’s undeniable at this point that there are issues and challenges. Before people would essentially tell me to lower my voice about these things, and now many more people are discussing it.”

But make no mistake about the success of black women entrepreneurs. They have the will and they find a way. Many are struggling with racial and gender bias, being questioned unfairly and even ignored, But they are not surrendering.

Julia Collins, founder of Zume robotic pizza knows the battle all too well. She remembers visitors to her robotic food prep company in Silicon Valley would greet her by saying “Can you grab me a water? I’m here to meet with the founder.”

Collins often found herself to be the only black person and almost always the only women in the room pitching to venture capital firms.

Last year her persistence paid off when she received a $375 million investment that gave Zume Pizza a valuation of $2.25 billion. Collins became the first black woman to head a tech company valued at $1 billion or more.

These black women often find themselves mistaken for the help. While Julia Collins was asked to fetch water Jessie Woolley-Wilson was asked to bring coffee. Wooley-Wilson, the daughter of Haitian immigrants is now CEO of education tech company DreamBox Learning.

“I turned around and said, ‘I don’t know where the coffee is here, but when you find it, would you mind bringing me some? I take it black,” she says. “I laugh about that now, but I said it at the time with a tense jaw.”

What you probably don’t know is that African-American women are the nation’s fastest-growing demographic of entrepreneurs. These women generate tens of billions in revenue. Yet research show these black women are the least likely to get a check or even a second glance from venture capitalists. Put another way, the money they get from venture capitalist is essentially zero.

Have Will. Will Fight!

If you thought that would stop them you would be wrong. Blavity founder Morgan DeBaun was 24 when she launched the a popular digital media hub for black millennials. Stephanie Lampkin, at 15, was already a web developer. She earned degrees from Stanford University in California and Massachusetts Institute of Technology. Now she leads Blendoor, a startup using technology to fight bias in hiring. Kellee James, a former Obama Administration White House fellow worked for the first marketplace to trade carbon credits. James advised the Obama administration on environmental markets and helped launch Mercaris, a futures market for organic and non-GMO commodities.

If its not the insult of being thought of as servants black women also have to deal with inappropriate questions about their qualifications and even their family history.

Melissa Hanna is the co-founder of Mahmee. The company works with health care systems and insurance companies to get women access to maternity care. Hana was questioned extensively about her background and education for 20 minutes. “You realize how many questions they asked about you,” he said, “how many things they challenged about your background?, said Hanna. Hanna went on to point out, “Until investors sit across the table from someone who is unlike anyone they have ever invested in before, hears them out for who they really are and says, ‘Wow, you have the potential to lead a multimillion-dollar or billion-dollar company,’ we are not going to see the metrics change.”

Jean Brownhill tells the story of being asked about her family history by one potential investor. Brownhill founded Sweeten, an online marketplace that brings together homeowners and small businesses with vetted general contractors for major renovations.

Brownhill met with a tech investor at a coffee shop. The first question out of the investor’s mouth was if her father was present in her life when she was growing up? “It felt like a punch to my stomach,” she recalls. “On the outside, all I did was smile. I remember making a joke and pulling up a photo of my dad on my iPhone.” The meeting lasted about ten minutes, they shook hands and departed. “The first thing I did when I got back to the office was wash my hands,” Brownhill says, “and get back to work.”

Finding money is a serious obstacle to launching any company. Tech companies, founded by black women, find the going especially tough, These women have to explore every possible way to gather the funds to move forward. Many for go the venture capital route and get creative. Among the alternatives are bootstrapping their companies or leveraging alternatives like local funds or family funds. Other sources of cash include crowdfunding and initial coin offerings. ICOs are a type of crowdfunding that deals in cryptocurrencies.

But other money sources are starting to appear. New Voices, a $100 million fund from Sundial Brands CEO Richelieu Dennis is offering black women a new options. Other venture firms lead by African-American men like Precursor Ventures’ Charles Hudson, Equal Ventures’ Richard Kerby and Cross Culture Ventures’ Marlon Nichols and Troy Carter. These funds claim to invest in leaders from all backgrounds regardless of make up.