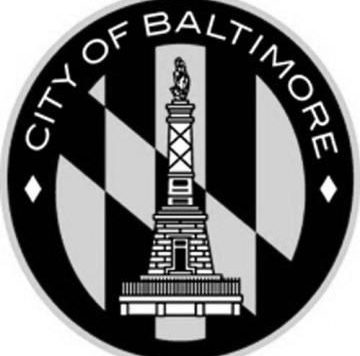 In case you haven’t heard the City of Baltimore has been hit by a major malware attack that has crippled the city’s computer network.

Systems at a number of Baltimore’s city government departments were taken offline on May 7 by the RobbinHood ransomware attack. Thankfully police, fire, and emergency response systems have not been affected. But nearly every other department of the city government has been impacted in some way.

Lester Davis, a spokesperson for Baltimore’s Mayor’s office, told the Baltimore Sun the attack was similar to one that hit Greenville, North Carolina, in April.

According to Baltimore’s Chief Information Officer Frank Johnson the malware was “the very aggressive RobbinHood ransomware” and that the FBI had identified it as a “fairly new variant” of the malware emerging over the past month.

Even though the attack took place over two weeks ago government emails are still down and payments to city departments can’t be made online. Real estate transactions have also come to a halt.

Hackers have demanded 13 bitcoins equal to about $100,000 to release the city’s systems. But Baltimore City Mayor Jack Young has defiantly declared the city won’t pay. The FBI and Secret Service are investigating. And the city has enlisted the services of computer experts to help restore services.

This year alone ransomware cyberattacks have hit more than 22 municipalities. Cybersecurity experts say it may take months for the city to recover. According to a report from the cybersecurity firm Recorded Future, one of the first to measure the scope of the assaults, at least 170 county, city or state government systems have been attacked since 2013, including at least 45 police and sheriff’s offices. Baltimore has been hit for the second time in just over a year.

Atlanta was also hit by a ransomware attack in March of last year. The attack caused its digital city services to grind to a halt. According to the The Atlanta Journal-Constitution the cost to recover from the attack was over $17 million.

The most frightening aspect of the attack is the sophistication of the attack. The hackers used what may be an unbreakable algorithm. Avi Rubin, a Johns Hopkins computer science professor and cybersecurity expert said, “”I don’t even think that the NSA would be able to break this algorithm. It’s believed by the cryptographic community, both the theoreticians as well as the practitioners, to be unbreakable by today’s technologies.”

I don’t like to kick anybody when they are down but Baltimore should have seen this coming. Let this be a lesson to every other town, city and county in the country. Be prepared!

I find it perplexing that afer being hit just aver a year ago there was no emergency plan in place. Maybe they had one but no one has spoken of it and the situation tells me there isn’t one.

Didn’t they learn anythiung from the last attack? Or the attack on the city of Atlanta? These types of attack are on the rise and the hackers seem to know exactly who to hit. Why? Because they know no one wants to spend money on cyber security. So as the saying goes; You get what you pay for.