Did you go on a Carnival Cruise last summer? The world’s largest cruise ship line has reported a data breach of customer data.

The breach was discovered online through a notification letter from the cruise line to its customers. According to Carnival Corporation some unauthorized activity was detected on its network in May 2019. The attack is believed to have continued from April through July of 2019. An investigation confirmed a breach had occurred. The attack happened when the attackers gained access to employee email accounts.

Carnival has not reported any fraudulent use of the information but they still advise customers to remain vigilant. For any details, customers can contact the cruise line via their toll-free number +1 (833) 719-0091.

T-Mobile announced a security breach which has potentially impacted the account information of both employees and customers.

According to T-Mobile’s official website, the company’s cyber security team identified and stopped a cyber attack against T-Mobile’s email vendor. The attack gave unauthorized access to certain employee email accounts. Some of those accounts contained customer and employee information. T-Mobile did not name the email vendor.

This is T-Mobile’s second security breach in the last six months – the telecom firm reported a similar incident last November.

Basic sloppiness has exposed more 200 million records containing a wide range of property-related information on U.S. residents. The database were left unprotected on the web. No password, no authentication and no owner.

The identity of the database owner is unknown. The server was eventually taken offline. 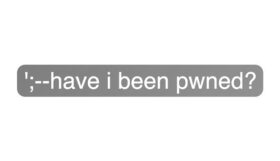 FBI Hooks up with ‘Have I Been Pwned’