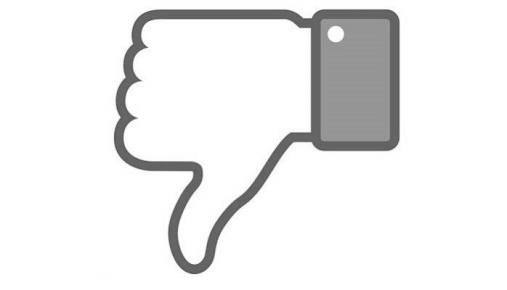 Any lawyer will tell you to be careful what questions you ask because you might not like the answer. Facebook asked a question and got hammered!

A multiyear investigation into Facebook’s policies has been concluded and their consequences for the civil liberties of its more than 2.5 billion users are now clear. Facebook is no one’s friend.

Before we get into the ass kicking Facebook received we should point out that Facebook asked for this ass whipping. It was a move that was probably well intended but the results is not a good look for Zuckerberg and crew.

Conducted by former ACLU director Laura W. Murphy and lawyers from law firm Relman Colfax the audit began by focusing on the concerns of a wide spectrum of civil rights organizations long concerned about Facebook’s incomparable power and its harmful impact on marginalized communities. Many groups were considered individually and the democratic society more broadly. Also addressed by the auditors were concerns from lawmakers, who have become laser focused on, and harshly critical of, the social media mammoth since the 2016 U.S. election. All this was used to to steer their investigation. The ultimate goal of the project? To make official what many already know. Facebook is powerful, careless and out of control and not making much progress in helping anyone but themselves.

The report points out that the audit doesn’t examine Facebook’s decisions in the context of it competitors. But evaluates the company’s behavior with a singular focus. As we said earlier the auditors gave Facebook full credit for its cooperation in the audit. The audit was undertaken as a result of pressure from outside groups concerned about its failings on issues like race-based hate, misinformation, voter suppression and extremism.

The first body shot Facebook took from the audit was on its civil right record. According to auditors Facebook’s progress on civil rights issues has been not only slow but had many one step forward, two steps back moments over the last two years. Any sense of optimism about the company’s progress is tempered by frustration about Facebook’s policy missteps at the very top. That’s in and around Zuckerberg’s suite.

The auditors wrote; “While the audit process has been meaningful and has led to some significant improvements in the platform, we have also watched the company make painful decisions over the last nine months with real world consequences that are serious setbacks for civil rights.”

Facebook did get a few good marks that include the company’s progress on changing policies to fight discriminatory housing and employment ads, expanded voter suppression policies, census interference prevention measures, more frequent meetings with civil rights leaders and changes to content moderation policies, like its prohibition of praise for white nationalism that went into effect last year.

Landing a shot to the face the auditors pointed out other more obvious concerns. The message to Facebook should be clear; your influence is screwing with the democratic process. Auditors called out Facebook to implement its voter suppression policies more aggressively leading into the 2020 U.S. election. For example, Facebook failed to address the constant falsehoods peddled by the current Oval Office occupant who made unsubstantiated and ominous false claims about voting in the 2020 election. Facebook did nothing.

Facebook could not dodge the punishing shots related to its policies against white nationalism, white supremacy and white separatism and other extremism. They had no defense for this poor performance. Auditors called for Facebook to make an effort to shut down extremism of this kind regardless if the poster doesn’t use explicit language. They attributed some of these failures up to the company’s policies being “too reactive and piecemeal” rather than coherent, a statement that anyone paying attention to the company’s recent decisions can certainly relate to. But the question remains to be answered; Is Facebook too big for its own good making it difficult to police this behavior?

The blows kept coming. Auditors cited specific failures of Facebook’s policies, including former UK Deputy Prime Minister Nick Clegg’s deeply controversial assertion last year that politicians wouldn’t be subject to the company’s weak ass fact-checking program. The decision was nearly universally denounced by civil rights leaders and Facebook’s other critics. Many believe that Facebook is giving people in power “more freedom on the platform to make false, voter suppressive and divisive statements than the average user.” Right in the face!

It appears that Zuckerberg is completely out of touch with the power and influence of the monster he has built. The auditors portrayed Zuckerberg’s Georgetown speech last October as a narrow and contentious concept of free speech at the expense of everything else. It was seen as another major moment of departure for Facebook from its stated commitment to civil rights. According to the auditors; “The prioritization of free expression over all other values, such as equality and nondiscrimination, is deeply troubling.” Another shot to face!

Facebook stubbornly refuses to change much of anything. Facebook refuses to do anything about posts from Trump that are clearly and deliberately misleading the public about voting. This stubbornness is an ongoing source of frustration. The truth is that Facebook is not making progress. Auditors wrote they are confounded about why the company “has failed to grasp the urgency” of robust policy enforcement with fewer than five months to go before the U.S. presidential election. They concluding that Facebook’s decision to keep the Trump posts up shows that civil rights and voting integrity fall far behind its expedient interpretation of free expression on the company’s list of values.

Facebook is not just a big company. The largest social media company in the universe. No, its something more dangerous. More threatening and mostly monumentally irresponsible. Zuckerberg is deeply afraid of the company he created and pretty much owns. Like Dr. Frankenstein came to fear his creation. Zuckerberg refuses to change anything because it is an admission that the monster is loose. He ignores lies by the president. He ignores white supremacist and other extremist out of some idea that he is the guardian of free speech. He refuses to believe that his monster is killing civil rights and unleashing racism and prejudice. His responsibility to free speech begins with controlling the lies threats that are targeted at a crippled democracy. He does not believe in free speech. He believes he is right. And that is going to be his fatal mistake. He is locked in his office refusing to look out the window at the world where his monster has run amok. There are many politicians who are looking to break Facebook up into smaller less threatening pieces. And they would be right to do so. Because Zuckerberg refuses to look out the window at the world. But he will sure as hell hear the knock at the door. Its coming.