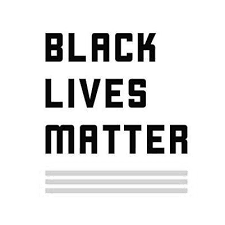 Barnes told BuzzFeed the foundation is not associated with the one behind the global movement.

“I don’t have anything to do with the Black Lives Matter Global Network. I never met them, never spoke to them,” Barnes said. “Our whole thing is having unity with the police department.”

Barnes has refused to say how much his foundation has raised. According to tax filings Barnes raked in $279,000 in donations in 2017. Barnes was collecting donations through PayPal, GoFundMe, and employer matching programs, furthering the confusion.

“The Santa Clarita group is improperly using our name,” a Black Lives Matter Global Network spokesperson told BuzzFeed. “We intend to call them out and follow up.”

The Black Lives Matter Foundation maybe taking advantage of the confusion. Their mission statement posted to Benevity, the charity donation platform that Apple, Google, and other companies that encourage employees to donate to the group says “Something must be done to heal the riffs [sic] between some communities and the police.”

Barnes has plenty of grandiose ideas about how to mend fences with the police. They include hosting buffet dinners for certain communities and police officers. Distributing pamphlets meant to promote a positive image of the police to local businesses. Barnes also promotes a program called “have a cup with a cop,” in which members of the certain communities can meet police officers over coffee and donuts. None have come to fruition.

Barnes is actually a music producer who claims he thought of the name first. He registered the name in May 2015, after protests against police brutality broke out in Ferguson, Missouri in 2014.

The truth of the situation is that in 2017 the Black Lives Matter Foundation took in $279,000 in gifts and contributions. Of that money the foundation spent just $89,000 on expenses. The only money Barnes has accounted for a $5150 cash grant to the mysterious “Family Renewal Development Center.” Barnes also could not provide the names or details of the churches and scholarship funds he claimed the foundation donated to.

GoFundMe.org has shut down all active campaigns associated with the Black Lives Matter Foundation and frozen $350,000 in donations. Bonfire, a site that sells apparel and donates the profit to charity has also frozen over $14,000 raised for the Foundation from sales.

Whats sad is that this is not the first time that the Black Lives Matter Movement has been used to scam donations. In 2018 a fake Black Lives Matter page was found on Facebook. The page belonged to Ian Mackay who lives in Australia and collected more than 300,000 likes and $100,000.

If you wish to donate to THE REAL Black Lives Matter movement please go to the BlackLivesMatter.com