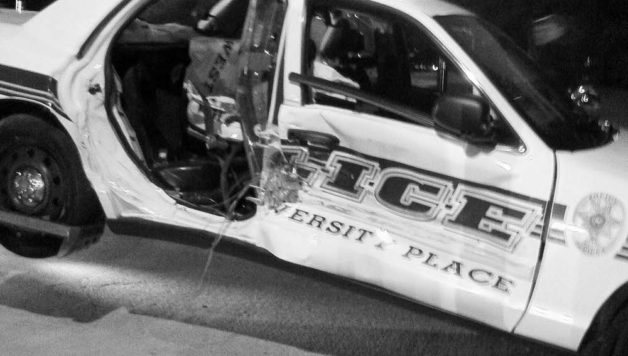 Reporters from USA TODAY and hundreds of affiliated newsrooms partnered with the Chicago nonprofit, Invisible Institute, and spent over a year creating a massive database of police misconduct records.

Records from thousands of state agencies, prosecutors, police departments and sheriff’s offices reveal at least 200,000 alleged and previously unreported misconduct. The group found records of more than 110,000 internal affairs investigations by hundreds of individual departments. The records also reveal that over 30,000 officers have been decertified by 44 state oversight agencies.

The records, never before made public, reveal that many infractions are minor. But other incidents are not so easily dismissed. USA TODAY found 22,924 investigations of cops using excessive force, 3,145 rape allegations, child molestation and other sexual misconduct and 2,307 cases of domestic violence by officers.

Cops are supposed to be honest but records reveal otherwise especially when trying to protect friends. According to USA TODAY at least 2,227 instances of perjury, evidence and witness tampering or falsifying reports were found. There were 418 reports of officers obstructing investigations that targeted someone they knew.

If you have a problem with a police officer you need to go over his head to his department and report any and all incidents of suspected misconduct. You can search the USA TODAY database of de-certified officers and report suspected misconduct here. The site also offers a feature where you can share your information anonymously if you like.

One of the biggest problems I see in police departments is that they have a bad habit of re-hiring disgraced officers. A cop, knowing he was in trouble in one department, will quit and move elsewhere. Over and over again we see cops at the center of controversies that should not be cops in the first place.

Black people have a real issue with police racial bias. And all too often we find out that the officer acting unfairly has done it before. We need more openness when it comes to our police force. But the truth of the matter is that there is the blue wall of silence. Cops protecting cops. And the reports get buried and destroyed.

Right now in California there is an effort by multiple police departments to destroy records of all kinds of police activity from payroll scandals to official misconduct. And its legal! The City of Inglewood, CA is set to destroy the official records of over 100 police shootings.

So how the hell is this even possible? Why are citizens not allowed to see the official records of police shooting citizens? Just what the hell is going on?

We need organizations like USA TODAY and the Invisible Institute to shine the light on the police. This database will help but is not the final answer. We, black people especially, need more stringent police accountability.

But to really break it down it’s like this; far too many people think that movements like “Black Lives Matter” are overboard or out of bounds when it comes to the police. Not so! The bottom line is that we would like to trust the police. But the reality is we can’t!