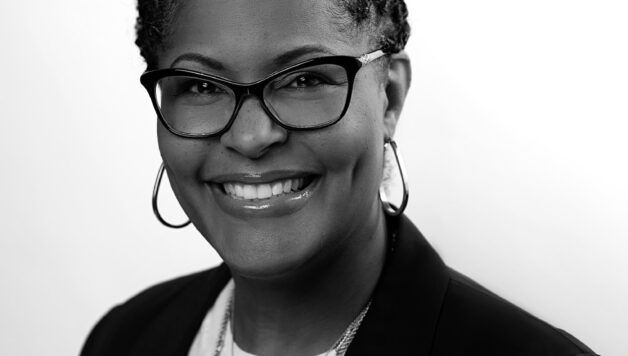 Diversity in the tech sector is an ongoing battle. Seems we can’t quite get there now matter how hard we try. And I will never say it is all the company’s fault. But African-Americans have a saying “Speak it into truth.” That means you set a goal for yourself out loud so all can hear you. Then proceed to make it a reality. That is what HP is doing with its diversity goals.

HP announced a series of goals aimed at driving “a more diverse, equitable and inclusive” tech industry. The goals are ambitious to say the least.

HP is not the first tech giant to aim high in its diversity efforts and certainly not the last. Lets face it diversity and inclusion has been an ongoing effort of tech companies for years now.

Lesley Slaton Brown, chief of diversity for HP says diversity and inclusion is not new to HP and the company has been focused on it since it was founded 1939. HP employs nearly 50,000 employees around the world. The company claims that 31 percent of its leadership roles and 22 percent of its technical roles are held by women. Those numbers appear to be above the industry averages.

So what are those ambitious number HP is shooting for?  According the Brown by 2030 HP is determined to achieve  50/50 gender equality in HP leadership, a greater than 30 percent technical women and women in engineering and meet or exceed labor market representation for racial/ethnic minorities.

TC: Tell me more about the genesis of these goals and what HP has done up until now to achieve more equality — whether it be with regard to gender, race or ethnicity — within the company?

Slaton Brown: It’s foundationally something that we’ve always been focused on. We’re now at a place where I think going into COVID and quarantine last year and the impact that the George Floyd murder had on us as a nation really allowed us to do the double click down into racial equality and the systemic and structural discrimination that exists.

From that, we were able to then stand up our Racial Equality and Social Justice Task Force. One of our goals has been to increase the representation of Black and African Americans in particular at HP. And also look at what we would need to do to increase the opportunity of Black and African American suppliers and vendors who work with and partner with HP. And then ultimately, how can we impact the communities locally and nationally — whether it’s from policy and legislation to working with municipalities in order to provide bias training and things like that. So all of that was stood up, and now a year later, we’ve made some great progress.

TC: It sounds like that you are committing to a variety of things in terms of more balance among leadership and technical talent in terms of gender, for one. So it’s not just about race. But I’d like to hear more specifics on these particular goals and what you have done historically to work toward greater diversity and inclusion.

Slaton Brown: When we separated in 2015 from HP Co. We were very intentional about creating a diverse board of directors, first and foremost. And so today when I think about our board composition, we’re made up of I think it’s about 45% women, 35% ethnic minorities and over 60% total minorities with just our board of directors alone. We’re one of the most diverse boards in the tech industry. Now why is that important? The importance of building or standing up a board of directors is because they help with the vision of the company and help guide the strategy for the company.

That was one of the first things we did, and when I came into this role at that time, my goal was to embed diversity, equity and inclusion into everything that we do.

TC: How are you holding yourselves accountable?

Slaton Brown: We’re really talking about answering all the way up to the board of directors on what we’re doing — our dashboards, our matrices that we pulled together will go to our board of directors to say, ‘Here’s what we said we’re going to do, how are we tracking, and then ultimately what was the impact.’ And so that’s what we’re building today. I consider that the infrastructure. So from the board of directors down cascading to your executive leadership team, ensuring that we have a strong narrative built.

By having this goal, we can then drive the actions, the programs and then the implementation through our infrastructure and an ecosystem to achieve those goals. That includes things like working with organizations like the Society of Women Engineers, the Society of Black Engineers and the Society of Asian Engineers. And not only working with them, but building and investing in them so that we build the partnership in order to get to that pipeline.

TC: Can you be more specific in terms of what you mean by meeting or exceeding labor market representation?

Slaton Brown: I can see where that would be confusing. First, what it doesn’t mean is trying to match the demographics of the overall population, but rather to the labor market in the tech industry. For example, we’re at nearly 4% of having African Americans in a leadership position. Our goal is to achieve hiring at or more than 6% by 2025.

TC: What if you’re not getting enough women or minorities to apply for these leadership and technical roles? Would you rule out qualified white males, for example?

Slaton Brown: We are standing up for equal human rights. What we’re focusing on is also accelerating our gender, racial equality and social justice efforts. Part of that is looking at how do we increase our pipeline? And, how do we increase the talent pool?

I would submit there is not a shortage of talent. It’s about how do you get to the talent? It has traditionally been through top-tier schools such as Stanford and MIT. But you know what? Smart people and great talent are everywhere. People are sometimes financially challenged and so they may go the community college route, and then they might move into some of the top-tier schools. That’s one means in addition to HBCUs (historically Black colleges and universities).

For example, we’ve stood up a very good program in the HBCU space to ensure that students that have not traditionally had the opportunity to compete for certain positions have that opportunity and not only have that opportunity, but have the ability to travel to HP sites to see where they would be likely interning. Our goal is to have a 100% conversion rate in terms of converting interns into full-time hires based off of performance, of course. And so it is a holistic or an end-to-end approach.

Okay, so now you’ve made these goals for women and for ethnic minorities and the white guy might say, ‘I’m left out.’ I think the interesting thing about that is that within the tech industry, the white male is the majority. What we’re doing at HP is building a powerful culture of inclusion and belonging. So we’re still getting white guys, but we’re also getting very talented women, and U.S. ethnic minorities, as well, in addition to veterans and people with disabilities.

It’s about where you go, how you show up as a brand of choice — which is a goal of ours: to be a destination of choice for the underrepresented group — and then how you welcome them. It’s the attraction, the hiring, the retention, the investment you make in their learning and development, and then in promotion, as well. And so those are some of the things that we’re doing.

TC: What are other ways you are fighting for human rights?

Slaton Brown: This announcement is around how we’re doubling down on our workforce, workforce empowerment, and that is about how we do things is just as important as what we do. And that’s about respecting human rights, and making it a priority. Our commitment to our supply chain workers is to ensure that our vendors are not contributing to the modern-day slavery, or bringing in people with degrees and education and then bringing them into a system that charges them ginormous fees and takes their passport.

We want to ensure that we create an environment, and create visibility and a resilient supply chain to ensure that that doesn’t happen, that we respect human rights, and that our manufacturing suppliers are contributing to that, as well.

TC: In press materials, the company claimed to be the first Fortune 100 tech company to commit to gender parity in leadership. Hopefully you’ll be setting an example and others will follow.

Slaton Brown: Well, it’s a huge goal and so some of the strategies and best practices that we’ve put in place really is not just about bringing women in as a checkbox exercise for us, but to really establish a new standard.

Our goal and our vision is to become the most sustainable and just tech company in the world. And so we can’t just say that. We have to do it. And that’s what I love about the culture of HP — it’s moving from the talk, and really showing the actions in which we’re going to get to that place of being sustainable and just by 2030.