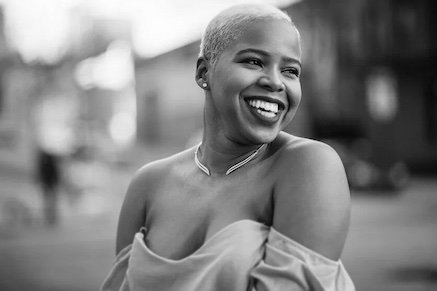 Black@ has named Shondra Washington, a former New York investment banker, as their new CEO. Black@ is a Web3 venture. Washington is a finance veteran and entrepreneur with investment banking experience and is the co-founder of TBC-Capital that invests heavily in education.

At TBC Washington advised under-represented startup founders and entrepreneurs as a fractional Chief Financial Officer. Her clients include Topicals cosmetics and Bandwagon Fan Club. Washington  is directly responsible for raising more than $25 million in venture capital and creating hundreds of jobs.

A graduate of the University of Maryland Washington is clearly excited by this new challenge.

“I am excited about the new business models that Web3 creates which will put economic power back in the hands of creators and contributors. I always tell my team to be creative when solving problems and being at the forefront of new technology allows the Black@ team to do just that but on a much bigger scale.”

Web3 describes a new version of the internet built on decentralized blockchains, which are the ledger systems currently used by cryptocurrencies. The emergence of Web3 represents a transition from big companies controlling and monetizing content on the internet to individual creators and consumers sharing content and interacting through decentralized networks.

Blackat LLC, or by the trademark Black@, was launched in December 2021. Black@ is now a rapidly growing Web3 community of over 200 Black founders, funders, creators, and community-builders. The organization places significant emphasis on the value of social capital. With Washington as leader Black@ will focus on creating spaces, online and offline, to connect its members, share resources and grow professionally. Black@ will also hosts events for its members to network and learn.

“When we started Black@ we had no idea what to expect, however seeing our token-gated community chat turn into real opportunities to change the Web3 space and offer value in the form of jobs and products has completely opened my eyes to what we can do together,” said Washington. I believe our tech solutions will change multiple industries and I couldn’t be more thrilled for it to be built by Black hands and Black minds.”

Washington brings more than just financial savvy to her new job. She has experience in the area of block chain technology and NFTs.  NFTs, or non fungible tokens, are “one-of-a-kind” assets in the digital world that can be bought and sold like any other piece of property, but which have no tangible form of their own.  Washington started her NFT collection last year when she received an NFT from the CPG Club which was created by Chris Cantino and Jaime Schmidt.

Washington’s appointment as CEO came in concert with the launch of Black@’s first product GATED, a messaging tool that helps Web3 communities connect with their community members asynchronously and allowing them to share vital messages and content from their group chats in a simple daily newsletter or a web app.

GATED’s private beta launch included communities like CPG Genesis, Pop, and Hug (founded by Randi Zuckerberg and Co-founded by Debbie Soon). The platform is outperforming expectations with an impressive open rate of 77%. The private beta will remain open for the remainder of Q3.