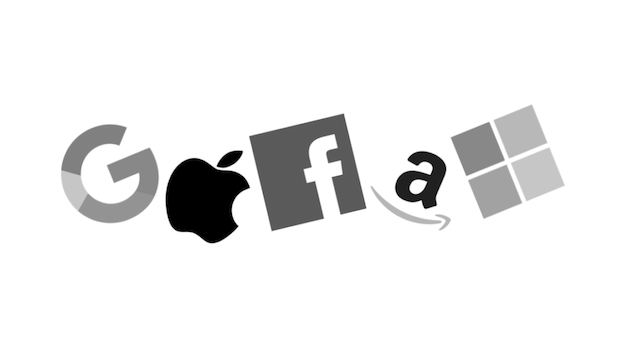 America is experiencing racial turmoil unlike anything it has seen since the 60’s. Businesses are making a point of showing that they are in support of racial justice, equality and instituting reforms to create a more inclusive society. Not to be out done big tech companies are throwing money at the problem and making big promises.

Across the technology sector the biggest companies are not putting up big dollars and promising to not only employ more minorities but to help black owned companies grow.

Microsoft CEO Satya Nadella wrote in a letter that the company is “committed” to addressing racial injustice and inequity. The world’s largest software make has announced several changes it’s making to support African-Americans both inside and outside of the company.

By 2025 Microsoft plans to double the number of “Black and African American managers, senior individual contributors and senior leaders” working in the U.S. Additionally, the company will spend an additional $150 million on its diversity and inclusion efforts.

Inside the company Microsoft wants to ensure black employees are allies and employees will undergo training to help them better understand the black experience.

Reaching beyond its own walls Microsoft is seeking more partnerships with black-owned businesses. Part of the plan includes doubling the number of black-owned businesses it partners with over the next three years. The company will spend another $500 million with both existing and new suppliers. In addition Microsoft says it spend more than $2.9 billion in its 2019 fiscal year working with women-owned suppliers, along with businesses run by people identifying as minorities, disabled, veterans and LGBT.

Other investments announced by Microsoft include a $50 million fund dedicated to supporting Black-owned small businesses and another $100 million for the creation of a program that will assist minority-owned depository institutions.

Google also has a plan to support racial justice. This after the company was accused by its own employees of moving away from racial inclusion inside the company.

Google is splashing $175 million toward racial equality. Google and Alphabet CEO Sundar Pichai has unveiled a racial equity initiative that will contribute a total of $175 million toward creating economic opportunities for black-owned businesses and workers. This in addition to the $100 million dollar YouTube fund.

The money will be earmarked for various purposes. One hundred million, will go to a funds for black-led capital firms, startups and entrepreneurial organizations. An additional $50 million is tagged to financing and grants for small businesses thanks to help from the Opportunity Finance Network. Google will also drop $15 million on worker training through allies like the National Urban League, and at least $10 million to improve access to “education, equipment and economic opportunities” for developers.

But Google is not done yet. The company is aiming to boost African-American presence at its senior levels by opening senior positions to outside candidates and investing in cities like Atlanta, Chicago and London. Google is shooting for up to 30 percent of its leadership to be people of color by the year 2025.

Apple CEO Tim Cook announced a $100 million Racial Equity and Justice Initiative earlier this month. Cooke wrote in a letter; “To create change, we have to reexamine our own views and actions in light of a pain that is deeply felt but too often ignored.”

Apple is the only tech company among the big five that has not a released diversity report for 2019. Currently black employees in technical roles at Apple in the U.S. has not changed from 2014 to 2018 and stands at six percent according to its own diversity report.  White employees at Apple make up 50 percent of its U.S. workforce. Asian and Hispanic employees make up 23 percent and 14 percent of total employees, respectively. Black workers were 9 percent of the total. Apple’s chief of diversity and inclusion, Christie Smith, resigned just a week ago.

Amazon CEO Jeff Bezos Amazon went to Instagram to defend Amazon’s placing a Black Lives Matter banner on the company’s homepage. Bezos pledged $10 million for racial and social justice organizations. In a company blog post Amazon said; “We stand in solidarity with our Black employees, customers, and partners, and are committed to helping build a country and a world where everyone can live with dignity and free from fear.”

Social media icon Facebook and its CEO Mark Zuckerberg stated that it plans to donate $10 million to social justice organizations in a June 1 post. “The violence Black people in America live with today is part of a long history of racism and injustice,” said Zuckerberg. “I know that $10 million can’t fix this. It needs sustained, long term effort.” Facebook’s Chief Operating Officer Sheryl Sandberg added that the company would pledge another $200 million for Black-owned businesses and committed to have 30 percent more Black people in Facebook leadership positions by 2025.

Thank you all for the money and words. It is very, very much appreciated. But I regret to inform you that money is a poor excuse for your political activity. It seems that throwing insane amounts of cash around is your answer for everything. But Google’s own employees are calling the company out for their lack of any real commitment to diversity. But these companies have to ask themselves one very important question; Who else am I throwing money at? What political parties am I supporting? What politicians am I donating to or raising money for? See, even as you shower tons of money and promises on racial justice organizations, even as you promise to do more inside your own companies, you still have not taken your concerns to Washington. You need to focus on withholding money from politicians who do not support this movement and racial justice in general. Vote with your pocketbook is the term I am looking for. Use your economic and political might to influence those you lobby on a regular basis for your own business interests. Its time to mix social justice with business.