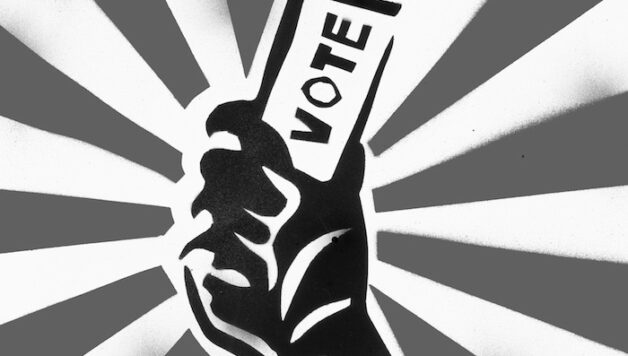 Election 2020: Don’t Be Stupid! Get the Right Voting Information

Voting is a duty to your own freedom and the nation’s democracy and overall political health. Voting means you got off you ass long enough to show you know and care about what is happening in this country. So don’t be stupid! Get the right information about how, when and where to vote.

But first let’s address black people in particular. Voting is not something you do if its convenient. Black people died for the right to vote and yet we as African-Americans have a pathetic voting record. But what is worse is that no president can claim the Oval office, one way or another, without the black vote. If they can get black people to the polls then you probably win. If black voters stay home that can give the election away. And trust me, the politicians know it.

Black voter suppression is a historical fact and a well utilized tactic in politics. Be it at the national or the local level some politicians actively work for and depend heavily on the black people failing to go out and vote. And all too often its the black community that suffers from poor political leadership, poor health care, lack of government services and assorted injustices simply because we don’t vote and elect people to office who will address our concerns. GET OFF YOUR BLACK ASS AND VOTE! ’nuff said!

Getting the right information

To make any decision you need good information. You need to understand what is happening and why. That’s why a good solid news source is so valuable. But voting is more than just the news and where you get it. You need to know what politicians are doing and why. Getting specific i9nbuased information is vital., To get this try visiting Votesmart.org for voter and political information. This site specializes in getting at the truth of what elected officials are doing and why. Facts matter to them and they should to you as well.

Don’t be duped into being mis-informed about how and where to vote. The election is less that 80 days away so you damn well better know where in your state to get correct voter information. And voting information and dates can vary by state so you need to get wise. DAMEmagazine.com offers an excellent voter information websites broken down by state. You can discover you state’s voter information including;

Google is also offering a search that allows you to get correct voting information simply by typing “How to vote” or “how to register to vote” into Google search. It will automatically detect which state you live in and give you voting dates, ways to register to vote online, and more.

You need all the above information and more if you are going to vote and have your vote count.

Sadly, in the United States, voting has became a game of dirty tricks. And voter mis-information is the name of the game. There are literally hundreds of thousands of phony voter information websites.

The FBI is warning American voters that someone is actively registering look alike voter websites. According to a Department of Homeland Security bulletin, unknown actors are registering website domains that mimic national and state voter information sites for unknown reasons. Common sense should tell you why. It is a practice known as typosquating. It is a fairly simple yet devious practice. A hacker simply registers a domain name that looks and sounds close enough to a real site. If voters are not paying close attention they may go to the wrong site by mistake and find false or mis-leading information about the election.

Twitter and Facebook accounts are being used by parties both foreign and domestic to manipulate the vote and mis-lead voters. So many of these accounts exist that Facebook and Twitter can hardly keep up. The more they deactivate or suspend the more new ones pop up. They are fighting the problem but its not easy.

The voting information center will be seen on both Facebook and Instagram. Facebook is targeting U.S. users with notifications based on location and age, displaying relevant information about voting in their state. The info center will help users check their state-specific vote-by-mail options, request mail-in ballots and provide voting-related deadlines.

Twitter is also battling against voter mis-information. The company is saying that it will increase its efforts to prevent its service from being used to target voters with false information around election participation.

While Facebook is trying to educate users Twitter is saying it intends to “empower every eligible person to register and vote” by working to bring accurate information to the forefront is its platform.

SnapChat is reaching out to young voters by launching new tools to help its youthful users register to vote in the November election.

The app will launch in early September and includes an in-app voter registration tool, user-specific sample ballots, a voter guide, and a checklist.

SnapChat hopes to encourage more young people to vote this year. According to SnapChat, between 300,000-500,000 of its users turn 18 each month. They believe that navigating the voting process can be daunting for these first-time voters and are offering their service to help.

Voting by mail is not as easy as it should be. As I said earlier in this report, there are people who are intent on making voting as difficult as possible. So hindering voting by mail is just another facet of the game. But you can vote by mail if you wish and even vote early. Learn to vote by mail by visiting USA.gov. There you will find out how to vote early and use an absentee ballot for every state.

Another valuable website for learning about mail-in voting is VoteByMail.io where, according to the website, you can sign up to vote by mail in two minutes. The service will take your application and forward it to your local election officials. Your ballot should arrive before the election. You fill it out and return it.

Finger a hacker for $10 million

Question; who is tampering with U.S. elections? Answer; everyone who has an interest in the outcome of the election. But the real bad guys are well organized, well funded and sophisticated hacking campaigns. These are known as state actors who want to influence U.S. elections. So the State Department is offering a reward of up to $10 million dollars to anyone who can identify a hacker interfering in the election.

U.S. Secretary of State Mike Pompeo offered the $10 million in rewards if you can finger or locate anyone trying to interfere in the elections “through certain illegal cyber activities” at the direction of a foreign government.

Voting is too damn important to be taken lightly. If your vote is to really make a difference it must not only be grounded in solid understanding of the issues but understanding how, when and where to vote. Do not let anyone tell you can’t vote. Federal law requires most states to provide for a provisional balloting process (states that had enacted same-day voter registration processes as of 1993 were exempted from this requirement). They will check and see if you are legally permitted to vote. But that is no guarantee your vote will be counted. Why? Because, although federal law mandates provisional voting processes, the states themselves define those processes. Consequently, provisional balloting can vary widely from state to state and may not be counted at all in some states.

DEMAND TO VOTE NO MATTER WHAT!

There are official ways to make sure your vote is counted. In most states if you can provide proper identification you should be at least able to cast a provisional ballot. All to often people are denied the right to vote because of small error in the voter data base. This includes wrong or out of precinct addresses, slightly misspelled names, expired identification, etc. DEMAND TO VOTE NO MATTER WHAT!