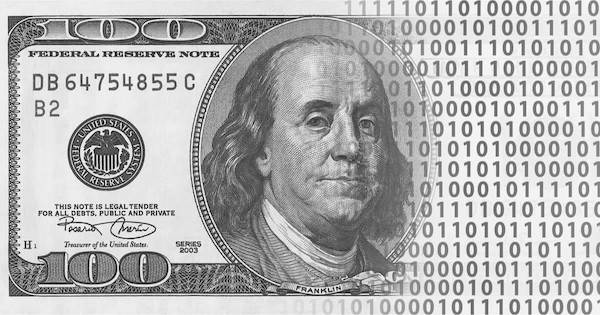 Published On September 21, 2022 | By Tom Huskerson | News and Analysis

We all know about the federal government and our money. And we also know that black people don’t play when it comes to money. So you better know what is happening with the federal government and money. Why? Because they take enough of it and spend even more. Well the feds have made some interesting money moves in the last couple of weeks and you might want to know about it.

First of all the feds are making sure you can spend your money faster than ever before. The Federal Reserve (the Fed) Vice Chair Lael Brainard participated in an event to test the new instant payment system, called FedNow. The new payment solution is set for launch sometime in the spring of 2023. But what is and what does it do?

According to the federal government the idea is to provide a new, efficient, safe, and “widely accessible payments infrastructure” with the FedNow initiative. Brainard added: “The FedNow Service will transform the way everyday payments are made throughout the economy, bringing substantial gains to households and businesses through the ability to send instant payments at any time on any day, and the funds being immediately available to recipients to make other payments or manage cash flow efficiently.”

The government is responding to consumer demand for solutions that allow them to quickly settle transactions, and to send and receive money from anywhere in the world. The Fed believes that this was  one reason why cryptocurrencies gained their popularity, the technology allowed people to transact at any time, from anywhere, without limitations. The FedNow system seeks to provide a similar service. So the name of game is speed and convenience of moving money and Uncle Sam wants you to spend and send money quickly.

But a lot depends on how quickly the banks other financial institutions get on board.  Brainard made clear that the kick off of the new payment method depends heavily on how fast banks, companies, institutions, and others update their payment infrastructure. This will require a “necessary investment”. The Fed representative said: “The payment system is a critical part of America’s infrastructure that touches everyone. Americans rely on the payment system all day every day to make purchases, pay bills, and get paid—without ever needing to consider the complex infrastructure that is operating under the hood. American households and businesses want and deserve payment transactions that work seamlessly, reliably, and efficiently.” He left out quickly.

According the  J. Chris Giancarlo, former chairman of the U.S. Commodity Futures Trading Commission and co-founder of the Digital Dollar Foundation;  “A digital dollar would help future-proof the greenback and allow individuals and global enterprises to make payments in dollars irrespective of space and time. We are launching the Digital Dollar Project to catalyze a digital, tokenized U.S. currency that would coexist with other Federal Reserve liabilities and serve as a settlement medium to meet the demands of the new digital world and a cheaper, faster and more inclusive global financial system.”

What is a Central Bank Digital Currency and how would it work?

The Federal Reserve defines CBDCs as “a digital form of central bank money that is widely available to the general public.” The difference is that current forms of digital cash in a bank account or payment app is money that is a liability of the Federal government. In other words Uncle Sam is backing your money as compared to other digital currencies which are commercial and subject to a lot shennanigans and unreasonable fluctuations. So it is “central bank money” that makes it an actual U.S. dollar in digital form, not an investment in a cryptocurrency or a holding in your PayPal. Keep in mind that the cryptocurrency market is an epic gamble for holders of the various digital currencies and there are a lot of different digital currencies, hundreds. Its a market of little or no stability. Yes you can get rich but you could  also end up destitute.

Sarah Hammer, the managing director of the Stevens Center for Innovation at Wharton School of the University of Pennsylvania said, “At a very high level, a CBDC is just digital money that would be issued by the central bank.” In this case the U.S. Federal Reserve. Hammer went on to say, “It would be based on the fiat currency of that country, so it would be based on the money supply and then it would be implemented using a government database or approved private sector entities working with the government.”

How would that work for you, the average consumer? According to David Yermack, the finance department chair at New York University’s Stern School of Business,the CBDC “would actually operate an awful lot like Bitcoin or other cryptocurrencies.”

What are the potential benefits?

A CBDC could help to reduce the cost of handling money and offer consumers a more convenient, safer and cheaper alternative to the options available currently and possibly even reduce or eliminate the need for cash; imagine that? It could also help crackdown on fraudulent transactions, according to Hammer, as well as make it more efficient for collecting taxes or dispersing targeted government funds.

“There are some financial inclusion benefits of having a central bank digital currency,” she added, touting their ability to reach what some are calling America’s great un-banked population.

Are there risks? Of Course!

Yermack pointed out that there are several potential risks to a central bank digital currency including tech barriers and security concerns as well as privacy threats. Its potential to take on some of the work performed by commercial banks and credit markets has also caused some to worry.

The government warned of specific cybersecurity risks in a January report, saying, “Any dedicated infrastructure for a CBDC would need to be extremely resilient to such threats, and the operators of the CBDC infrastructure would need to remain vigilant as bad actors employ ever more sophisticated methods and tactics.” Bottom line is it must be impervious to hackers especially when you think of how some hackers managed to steal $81 million from the Bangladesh Central Bank.

Another concern is that a CBDC could potentially threaten the independence of the Fed and raise a slew of new policy questions. “The risk of political abuse is huge,” Yermack said. “If you give the central bank this kind of power, the political safeguards would probably need to be much higher than currently in place for the Federal Reserve.”