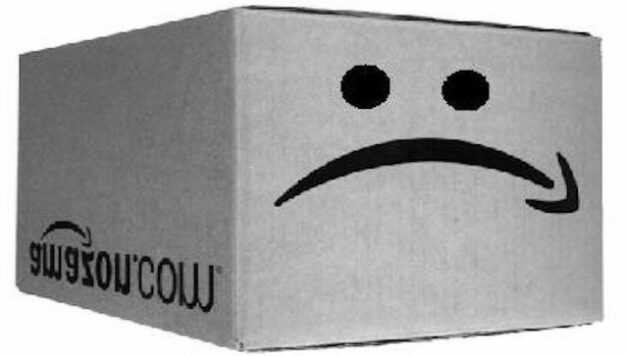 Does Scrooge Work at Amazon?

As Christmas season ramps up not everyone is having a merry time. Amazon employees are working at a record pace to keep up with orders and deliveries and in some cases wind up dead.

Amazon is known for rapid delivery of almost any product you can think of. But the pace of work in an Amazon warehouse can be stunning and dangerous. Amazon is accused of running a technology driven sweatshop. Employees are constantly monitored by computers that feed the information to supervisors in real time. The information is processed by an Amazon proprietary software system called ADAPT. Employees understand that under-performance can result in their termination.

Amazon’s technology and what has been described as ruthless surveillance and constant disciplinary write-ups are pushing workers hard. At one location last year’s holiday season saw workers hit a major milestone. The warehouse shipped out a million packages in 24 hours! Amazon handed out T-shirts celebrating their induction into the “Million Unit Club.” But the price for such a feat is serious injury and even death.

One employee, with just two months on the job, had destroyed her back. Amazon doctors told her she had bulging discs and diagnosed her with a back sprain, joint inflammation and chronic pain. They determined her injuries were 100% due to her job. She could no longer work at Amazon. Today her life is filled with pain. She can barely climb stairs. Everyday chores like walking her dog or washing dishes is accompanied by excruciating pain. Medical records indicate her condition is unlikely to improve.

Amazon is known for speed and technological innovation. This formula has created a company with global presence and a market value of $800 billion. Amazon is second only to Walmart to the number of people it employs. And who doesn’t know CEO Jeff Bezos is one of the richest people on Earth? But an investigation by Reveal from The Center for Investigative Reporting has found that the company’s obsession with speed results in an dangerous workplace.

Reveal investigated the rate of injury in 23 of the Amazon’s 110 fulfillment centers nationwide using internal injury records. They found the rate of serious injuries for those facilities was more than double the national average. Injury reports showed Amazon had 9.6 serious injuries per 100 full-time workers in 2018, compared with an industry average that year of 4.

But Amazon is a major employer and state and local governments covet their business and economic boost when Amazon comes to town. So much so that they are willing to bend the rules for the company even to the point of possibly covering up deaths in Amazon facilities.

According to a Reveal News a whistleblower’s account of Phillip Lee Terry’s death in 2017 there was attempt to cover it up. According to the Reveal efforts were made by Amazon, Indiana’s Occupational Safety and Health Administration (OSHA), and the governor to shift blame from Amazon to the deceased.

According whistleblower John Stallone Terry died on the job in a forklift accident. Stallone’s investigation revealed that Amazon failed to provide adequate safety training. Citations were issued and $28,000 in fines proposed. But Stallone accuses his boss, IOSHA’s director, of going directly to Amazon to discuss how to reduce those fines and place the blame on Terry.

Stallone said he was called into the office of Indiana’s Labor Commissioner, Rick Ruble, where he found Indiana governor Eric Holcomb. He was told to drop the case. Why? Because of Indiana’s wanted to be the new home of Amazon’s HQ2. Stallone recorded the entire conversation.

Its worth thinking about what you order from Amazon this holiday season. Yes, its nice to have it tomorrow as Amazon Prime promises. But this holiday season we need to consider of what price others are paying for that speed and convenience.