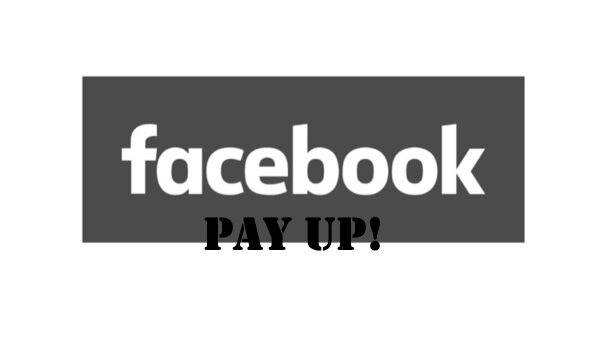 Published On September 17, 2021 | By Tom Huskerson | News and Analysis

Facebook is the most relentless and invasive collector of information the world has ever known. To be honest they know a helluva lot more about you that they need to. Because you told them! Now guess what? Facebook is going into the bill collecting business with all that information!

Recently Facebook announced a new program that opens up a new front on your privacy by turning into a giant debt collector. The program works like any other debt collecting business. Dubbed Facebook Invoice Fast Track, the company steps in and buys a company’s outstanding invoices. Just like regular bill collectors. Usually this is a bill that has gone unpaid for quite sometime. Why else would a company unload the bad debt to Facebook? Now the delinquent customer must pay Facebook directly.

Facebook’s announcement read; “The program provides affordable, immediate cash for pay that your customers owe you.” According to Facebook the company will take a “one-time low fee” of one percent of the invoice value. The bill collection program is targeted at businesses that are “majority-owned, operated and controlled by racial or ethnic minorities, women, U.S. military veterans, LGBTQ+ people or individuals with disabilities.”

Now is Facebook answering any questions about how it intends to collects any fees other than the stated one percent? Facebook was also asked who, exactly, will be doing the collecting, a Facebook employee or department? A third party? What happens when a bill never gets paid. There were no immediate answers from Facebook.

Well do you think it’s a coincidence that beginning Nov. 30, 2021, debt collectors will legally be allowed to direct message people on social media platforms (Facebook)  in an effort to chase down cash?

Facebook is encouraging these businesses to “Take control of your cash flow” and “Break free from waiting for payment.”

But this is getting more interesting. Facebook claims it will be careful about which types of business are eligible for this type of financial assistance. If you can call it that.

Facebook pointed out that, “Generally, eligible companies must also have invoices with corporate or government customers that have an investment-grade rating. Which means Facebook intends to get paid by corporations that have the money to pay minority government contractors. Which is the real gist of the deal.

Let me explain something to you. Facebook cannot be trusted. This program is only indirectly intended to help the people Facebook says it wants to help. And I can prove it. First of all ask yourself how many businesses are “majority-owned, operated and controlled by racial or ethnic minorities, women, U.S. military veterans, LGBTQ+ people or individuals with disabilities?” Now how many of those “have invoices with corporate or government customers that have an investment-grade rating,” and yet refuse or are slow to pay? The answer…not a helluva whole lot! So what is Facebook doing?

Facebook is getting ready to get into the bill collecting business in a big way and this is the pilot program. Do you think for minute a company with an “investment grade rating” is going around stiffing small businesses? Or is the government stiffing these minority businesses? And do you think these companies are afraid of Facebook? Ask yourself, what company is going to be embarrassed into paying because Facebook posted something on their timeline that everyone could see? Very few because these companies pay their bills. But what about you? Facebook could use the information they have on you to make you pay up. They know who your are, where you are, who you work for, where you shop, what car you drive, who your friends are, where you eat, drink and sleep and with whom. They have enough information, which means power, to make sure you fork over every cent you owe…with interest.

Let me show you where I think  this is going. If you are a deadbeat parent that is behind on your child support or just refuse to pay and you think you have disappeared and no one can find you, think again. If Facebook can find the parents of children given up for adoption they can find deadbeat dads!

Facebook could suspend your account. They could cleverly insert things in your timeline to suggest that you are less than reliable or trustworthy. They could provide another bill collector with sensitive information they would not normally have access to. For example, a bill collector meets you at the airport before you get on that plane to Jamaica to collect. They know you have the cash, why else would you be at the airport heading to the Caribbean? To put it simply this is an “OH SHIT!” moment for a lot of people.