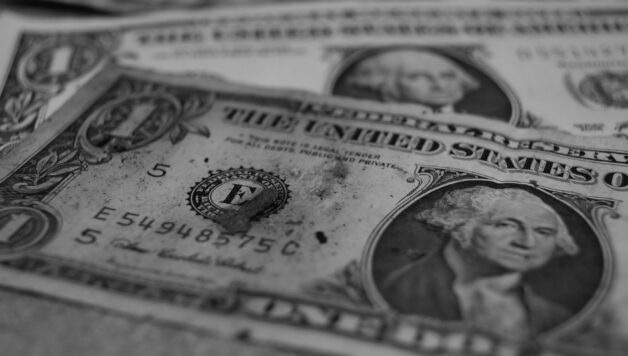 Right now roughly one third of the world’s population is locked down due to the outbreak of the COVID-19 or Coronavirus. That’s billions of people across the world. Social isolation is the new buzzword and hand sanitizer and toilet paper is worth gold. Welcome to the pandemic.

But with all the social distancing and hand washing going on is there something we missed? Have you sanitized your cash? Think about this for a second. How many time does cash change hands in a day? You break a ten dollar bill and get four singles and a few coins in change. Where did that money come from? Who had it before you? And how many people handled that cash in the day or two before you got your hands on it? Let me be straight with you; CASH IS FILTHY!

Researchers released a study in 2017 published in the journal PLOS ONE to determine how dirty your money really is. The study had scientist swabbing $1 bills from a bank in New York City to see what was living on paper currency. The results revealed hundreds of species of microorganisms. The most abundant were ones that cause acne, as well as plenty of harmless skin bacteria. They also identified vaginal bacteria, microbes from mouths, DNA from pets and viruses. Yes viruses! Did I forget to mention that those same bill also had traces of drugs. Eighty percent of the bills tested had traces of cocaine. Now how is cocaine normally ingested? That bill had been up somebody’s nose. NASTY!

The simple fact is that paper bills are constantly moving. Depending on the denomination, they can stay in circulation for five to 15 years. In a 2017 article for Time.com Susan Whittier a microbiologist at New York-Presbyterian and Columbia University Medical Center said, “A lot of people aren’t washing their hands, and they’re at a restaurant and money is going back and forth. You don’t know who’s touched it.” Other research has shown that some bank notes and coins contain pathogens like Escherichia coli also known as E. coli, salmonella and staphylococcus aureus, creator of the staph infection, which can lead to serious illness.

Nations around the world have taken action to deal with the spread of viruses by cash.

According to Reuters South Korea’s central bank said it was removing ALL banknotes from circulation for two weeks. It was also taking the additional step of burning some hoping to reduce the spread of the virus.

China, the original epicenter of the outbreak, launched a massive initiative around deep cleaning potentially infected cash with ultraviolet light and high temperatures and in some cases outright destroying it.

The Associated Press reported that the Louvre museum in Paris banned cash amid the outbreak. The decision was made to only accept only credit card payment in an effort protect staffers.

The World Health Organization has cautioned people to be aware that there is a possibility that cash could transmit the Coronavirus. They have advised that people touching cash should wash their hands and not touch their face. And when ever possible use touchless payment methods or electronic money.

But you can take some comfort in the fact that U.S. currency is a pretty plush place for germs to land but they may find it hard to escape. Made of 75% cotton and 25% linen the currency paper makes it easy for microorganisms to settle in. However paper cash doesn’t typically have the right temperature or moisture conditions to allow microbes to grow and proliferate. Its porous surface actually helps it hold on to most of the germs it’s carrying so not many microbes wipe off on your hands meaning money is not very good at transmitting diseases. But does not mean that they are 100% safe. Transmission can’t happen from paper bills. And don’t forget that you still handle plenty of coins during the course of the day and that metallic surface is a great place for viruses and germs.

Now if you have the Apple Pay , Samsung Pay or Google Pay app on your phone you can be a little safer but here is the catch. Is your smartphone clean? Would you be be surprised to learn that most smartphones are filthy germ hotels. According to LiveScience.com your toilet seat is probably cleaner than your smartphone. Yeah, the one you hold so close to your face. Yeah, that one.

Verizon agrees saying that the average smartphone can have as much as ten times more bacteria than a toilet seat.

Another thing you need to look out for are those point of sale key pads. How many people were in line before you? Did you watch them all insert their credit card and use the touch pad to enter their pin? How many nasty microbes are waiting for you when its your turn?

And what about that ATM? Yeah, that thing is filthy too! Thousands of people a day use the average ATM. That’s thousands of times a nasty microorganism is either dropped off or picked up.

But in the U.S. we have the problem of the great un-banked. As many as 25% of U.S. households are without a bank account. Even with the current pandemic many U.S. cities, including New York City, San Francisco and the state of New Jersey are making accepting cash mandatory. Millions of Americans don’t have bank accounts or credit/debit cards. According to the Federal Reserve cash remains the most frequently used form of payment in the U.S., representing about 30% of all transactions.

Electronic payment methods are the safest way to shop right now. If you can shop online and have it delivered do that. Maintain your social distancing and avoid touching anything that the public can touch like door handles, shopping carts, escalator rails and of course cold hard cash. Wash your hands frequently and carry your hand sanitizer at all times.