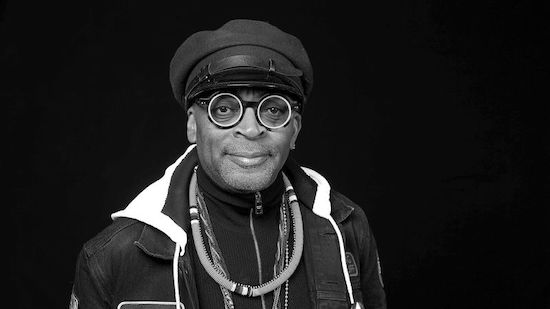 The film features two teenaged science nerds from the Flatbush neighborhood of Brooklyn who build a time machine to right a tragic wrong. The film is the product of Lee’s 40 Acres and a Mule Filmworks. Stefon Bristol, directing his first feature film, guides the story based on a 2017 short film co-written by Fredrica Bailey and featured at the American Black Film Festival.

The story, like many sci-fi movies, embraces the tragedies of today. In this case the killing of a black person by police. In the film the main characters, C.J. and Sebastian, invent backpacks that allow them to travel through time. The story hinges on the police killing of C.J.’s brother, Calvin. The two decide to put the untested device to use to save his life.

“See You Yesterday” premieres at the Tribeca Film Festival in New York City on May 3, 2019, and starts streaming on Netflix May 17, 2019. You can check out the trailer here.

NetFlix has released the official trailer of “When They See Us,” the four-part miniseries from producer Ava DuVernay. “When They See Us” chronicles the story of the five young black men wrongly convicted of rape in New York City in 1989. The men, Antron McCray, Kevin Richardson, Yusef Salaam, Raymond Santana and Korey Wise became known as the Central Park Five.

According to Netflix, the series will span the entire 25 years from the assault of jogger Trisha Meili in 1989 to the 2014 settlement between New York City and the five men. The men spent years in prison for a crime they did not commit.

Glover, aka “Childish Gambino,” new movie is now on Amazon Prime Video. “Guava Island” is dubbed a “A Childish Gambino Film,” and directed by Glover’s Atlanta collaborator Hiro Murai. The hour long film co-stars Rihanna and Letitia Wright. Shot in 4×3 ratio, the film tells the story of an island-based musician trying to launch a music festival while being kidnapped and dating Rihanna. Check out the trailer here.

But movies are not the only thing Glover has been up to online. Glover surprised a few daring fans with new shoes. They are considered daring because they accepted an AirDrop message from a total stranger that turned out to be the rapper. Not always a good idea!

The move was a marketing ploy for a pair of shoes Glover designed in collaboration with Adidas. Those risk taking fans who accepted the AirDrop request were given an hour to pick up the freebies from a nearby location.

But you knew there was a catch right? According to some reports recipients of the free shoes had to sign a “contract” agreeing to “wear the shoes,” “come to the show,” and “keep them on all weekend.”