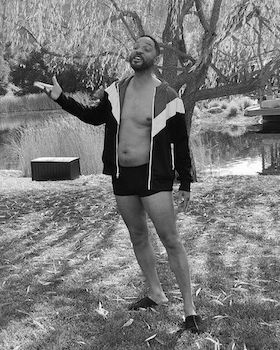 Published On May 7, 2021 | By Tom Huskerson | Celebrity Cyber News, News and Analysis

In case you missed it Will Smith has been displaying his dad bod all over the internet. Long gone are the days of rippling six pack from the “Bad Boys” movies and the thick muscular arms and shoulders of “Ali.” Smith proudly showed off his healthy mid section with his trademark smile. But now he is on YouTube, for the second time, this time with a fitness show.

YouTube announced a new lineup up original shows with well known stars. Smith will star in a six-part reality series about fitness and “returning his body into the best shape of his life.”  So I am guessing he dedicated to shedding the dad bod. Also in the lineup is songstress Alicia Keys with a four-part series going behind the scenes as she records a new album.

Another special will be entitled “Barbershop Medicine” and explores the intersection of race and socioeconomic status that came out of the #YouTubeBlack Voices Fund that was announced last year.

YouTube changed up its approach to original content about five years ago to compete with Netflix and Amazon both of which are featuring more and more original content. The streaming service has branched out form just user provided content to subscriber-only shows centered around creators then pivoted to ad-supported shows featuring mainstream stars like Kevin Hart and Will Smith. Now YouTube is offering more of a mix of the two, with most shows being largely available to anyone who visits YouTube.

Will Smith’s new series is expected to debut next year; Alicia Keys’ will launch this summer.