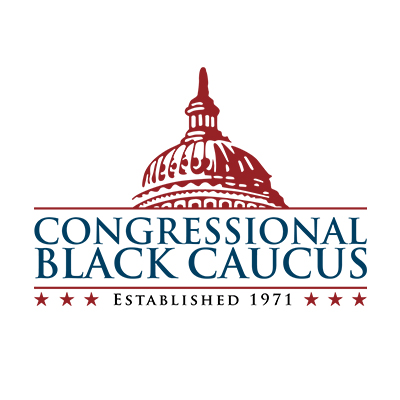 Members of the Congressional Black Caucus (CBC) payed another visit to Silicon Valley last week with the intent of holding tech companies feet to the fire for more diversity. Apple, PayPal, Twitter, Square, and Airbnb were on the schedule. The CBC has made this trip twice before but this time they expanded the number of members on the trip to include Rep. G.K. Butterfield (D-NC), Rep. Gregory Meeks (D-NY), Rep. Barbara Lee (D-CA), and Rep. Maxine Waters (D-CA).

Waters said during a panel discussion at Lyft,  “I’m not urging, I’m not encouraging. I’m about to hit some people across the head with a hammer.” Waters, referred by some CBC members as the “The Enforcer”  said, “I’m talking about some regulation. I’m talking about using the power that our voters have given us to produce legislation and to talk about regulation in these industries that have not been talked about before.”  Waters threat can only be considered valid if the Democrats regain control of the House and Senate in November.

Diversity numbers for tech companies are stagnant at best. But some companies have shown improvement. Uber showed that its corporate workforce (excluding drivers and support contractors) consisted of 2.6 percent black employees in 2018, up from just 1 percent in 2017. Twitter reported having 3.4 percent black employees in 2017, compared to 3 percent in 2016.

But Uber’s Chief Brand Officer, Bozoma Saint John, believes the key to diversity in the tech sector is held by white men. Saint John believes it is up to “white men to look around in their office and say, ‘Oh look, there’s a lot of white men here. Let’s change this.'”

According to CNN Saint John asked; “Why do I, as the black woman, have to fix that?There’s 50 of you, there’s one of me…I want white men to make the noise.” Saint John labeled the idea that diversity problems are rooted in a lack of suitable female and minority job candidates as “bullshit.” She believes the problem lies with hiring practices that favors what is comfortable to those doing the hiring.  In January Uber hired its first Chief Diversity Officer, Bo Young Lee.

The CBC also made other requests of Silicon Valley companies during the visit. In addition to the demand for more diversity the CBC asked that tech companies help fund more affordable housing for communities in need and combat the impact of gentrification. Other legislation the group is also considering includes the Community Reinvestment Act requiring financial institutions to meet the needs of the low-income communities. CBC members are also raising money to assist girls, people of color, and the poor receive STEM educations.

Although I applaud the efforts of the CBC to improve diversity I don’t believe this is the right way to do it. Threats are not going to change a lot in this situation. Especially threats that are toothless unless the Democrats flip Congress.

If blacks and people of color are to make gains in tech employment we need to focus on creating a rich pipeline of candidates. Yes, there are plenty of talented black software engineers and project managers in the job market. But we need to incorporate Silicon Valley companies into the education process. I would urge Rep. Waters to introduce legislation that would benefit tech companies who invest in black campuses as teachers. Encourage them to create programs that move a talented student of color progressively from the classroom to an internship and eventually full time employment. Find a way to gently conjole these companies into recruiting and training capable candidates for jobs that may not have considered.

My anger with this issue, and I have said this before, is that major sports companies can go into the worst schools in the nation and select the next great linebacker or point guard. But tech companies ignore this business model. Its right before their eyes and yet they remain blind. Rep. Waters, if you read this, that is where you need to be. Don’t threaten them but show them the way.