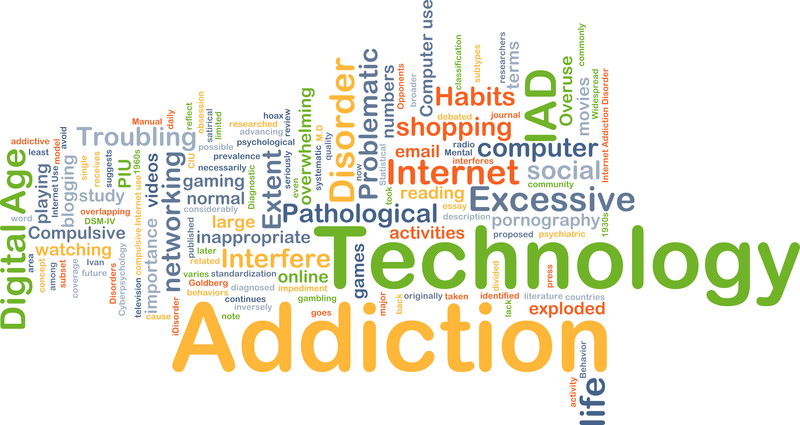 We have a problem. We are addicted to our technology. Its that feeling you get when you can’t find your cellphone? Or you can’t get your computer or tablet to connect to the Internet? Or when you have not checked your Facebook page in a few hours or days? Tech addiction is real!

Black parents make the mistake of permitting unsupervised use of technology by children and teens. Far too many parents, black and white, use phones and tablets to babysit young children and ignore a teenager who is constantly on his or her cellphone. That is the start of tech addiction in our children. According to Psychology Today troubling studies have connected delayed cognitive development in children with extended exposure to electronic media.

Apple, the most successful consumer tech company on earth is feeling the heat. Two of Apple’s biggest investors, controlling $2 billion in Apple shares, are pushing the company to curb growing smartphone addiction among children.   The California State Teachers’ Retirement System (CalsTRS)  and Jana Partners LLC, sent an open letter to Apple urging the company to take a  “defining role” in turning the tech industry’s attention toward the health and development of the next generation of tech users. The group said the move is “both good business and the right thing to do.”  In the letter the group said, “There is a developing consensus around the world, including Silicon Valley, that the potential long-term consequences of new technologies needs to be factored in at the outset, and no company can outsource that responsibility.”

According to a report from Common Sense Media 50 percent of teens age, 12 to 18, reported feeling addicted to their mobile devices. Fifty-nine percent of parents agreed their teens were addicted.

The is most frightening fact about tech addiction is that designers and software developers intentionally designed these products to be as addictive as possible. A model they may have picked up from cigarette makers.

Tech and social media addiction works very much like any other addictive drug on the brain. When using chemical drugs the brain’s pleasure centers are stimulated causing the user to want more until the body becomes dependent on the drug to feel normal. Researchers at the UCLA brain mapping center performed tests on teens using a functional magnetic resonance imaging (fMRI) scanner to monitor brain activity when using social media. Researchers found certain regions of the brain became activated by “likes.” The fMRI scans revealed that the part of the brain known as the nucleus accumbens, or the brain’s reward circuitry, was especially stimulated when teens were shown that their photos received a high number of likes. Scientist believe that this could inspire them to use social media more often.

Apple’s chief design officer, Jony Ive, has admitted that using your iPhone too much could be considered “misuse.”

According to research by Jean Twenge, professor of psychology at San Diego State University, trends in teenage mental health began to appear in 2011 and 2012 as smartphones became  commonplace among teens.  “There was a doubling in the suicide rate and tripling in emergency room admissions of self-harm among young girls,” Twenge said. “And there was a 50 percent increase in the clinical depression rate.”

Social media addiction is another serious threat to mental health.  Tech executives and the people who practically invented social media have spoken out in recent months about the dangers and harmful effects of what has become an age of Internet junkies. This group of former Apple, Facebook and Google employees have banded together to form an anti-tech addiction coalition called the Center for Humane Technology.

Since 2014 the center has been working to raise awareness of tech addiction. Aptly named “The Truth About Tech,” the campaign is designed to educate parents, teachers and students about the harmful and addictive effects of technology. The coalition is especially focused on the endless hours teens and children spend with their eyes glued to a glowing screen. This obsession  can lead to to anxiety, depression, shortened attention spans, sleep deprivation and negatively affect a healthy social development of teens who are already in the grips of adolescent insecurity.

Social media addiction is not just a young person’s addiction. Far from it. Plenty of adults have become addicted to constant texting and wasting hours on Facebook. So much so that Facebook and social media has become a workplace issue. Employees have been found out and terminated for sexually harassing co-workers on social media, sharing company secrets or criticizing their supervisors. Not to mention wasting millions of hours annually.

According to research performed by CareerBuilder technology is the leading cause of lost productivity in the workplace. The poll revealed that 24 percent of workers admitted spending at least an hour a day on personal email, texts and personal calls. According to the poll the biggest time wasters are doing the following;

Like all addictions it makes it way into the homes of those affected. According to Common Sense Media 36 percent of parents and teens argue about the use of technology.

According to AddictionsExperts.com these are the symptoms of technology addiction;

One Response to Tech Addiction is Real!