A new study has found that, with the Internet emerging as a credible resource for searching and applying for jobs, African-Americans have come to rely on online job search information sources more than any U.S. racial or ethnic group. In addition, African-Americans are more likely than average “to say the Internet was very important to landing a job,” even while their measures of digital skills and literacy are reported to be “modestly lower than the average.”

In the study, “Broadband and Jobs: African-Americans Rely Heavily on Mobile Access and Social Networking in Job Search,” these results and others lead the study’s publisher, the Washington-based Joint Center for Political and Economic Studies think tank, to conclude that “efforts to improve people’s digital literacy and skills are likely to improve their capacity to use the Internet effectively for job search.”

The study goes on to say that improving digital literacy and skills would generally benefit low-income individuals, those with lower levels of educational attainment, and those in social groups that have significantly lower than average digital skills and literacy scores.

“Broadband and Jobs” contends that, if policymakers and other stakeholders “do in fact help people increase their level of digital skills, [Americans] are going to get payoffs in terms of people’s engagement with those tools to solve important problems whether it’s job search, education, or health care,” said Dr. John Horrigan, the study author and senior research fellow at the Joint Center for Political and Economic Studies.

“We’re looking at how people, who do have an urgent need or an urgent problem to solve in their lives, go about solving it,” continued Horrigan. “In this case, it’s looking for work. And we find that people generally use the Internet and think it’s an important pathway to finding a job.”

The study reports that 50 percent of African-Americans said the Internet was very important to them in finding a job, a figure that significantly outpaces the 36 percent average for the entire sample. Smartphones proved an important part of the job search process for minorities with 47 percent of African-Americans and 36 percent of Latinos reporting that they had used their devices for job searches. Twenty-four percent of Whites indicated that they had used their smartphones for job searches.

“Broadband and Jobs” also notes that libraries have an important “role to play in providing access points for the Internet as well as digital skills and literacy training.”

“We found in the report that African-Americans and Latinos, especially African-Americans, over index on the activities we asked about when it comes to looking for a job using the Internet,” Horrigan explained, “which is to say they did those job search activities more often than other segments of the population.”

The study is based on an extensive survey of 1,600 Americans, including an oversample of African-Americans, conducted last May by the Joint Center Media and Technology Institute. The survey indicates that, although personal contacts remain the most important job search factor for Americans, nearly one-third of those who had recently been without work cited the Internet as the most important component in a fruitful job search.

“Digital literacy is the key issue to achieving equity in the future of the digital economy,” said Jason Llorenz, the director of innovation policy for the Latino Information Network at Rutgers University.

Along with Horrigan and Commissioner Mignon Clyburn of the Federal Communications Commission, Llorenz participated Wednesday in a Joint Center public forum that examined the “Broadband and Jobs” study. Llorenz told Diverse that the “Broadband and Jobs” study represents a critical inquiry into why digital literacy matters as a priority for participating in the nation’s evolving economy.

“The Internet really provides an opportunity to level the [economic] playing field,” he said. 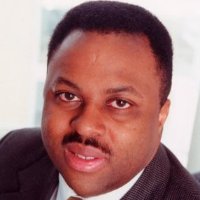 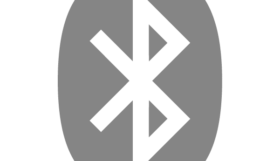 NCSAM 2019 – Own IT. Taking Cyber Security on the Road 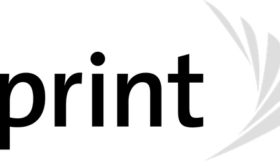 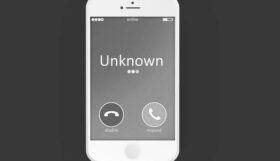 The War on Robocalls!