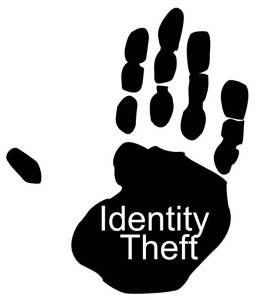 There are two seasons that cyber criminals celebrate; Christmas and tax season. African-Americans should understand that protecting themselves during this time is especially critical  A 2011 Federal Trade Commission national fraud survey revealed that African-Americans were almost twice as likely to be victims of fraud as whites.  African-Americans were victimized 17.3 percent of the time compared to 9 percent for whites.  For Hispanics 13.4 percent reported being fraud victims. To top off these disturbing numbers is the fact that black and minorities often don’t report fraud because of embarrasment.

Tax season used to be a multi-billion dollar hunting season for identity thieves. But the hunting may not be so good this year. Because of IRS work identity theft has plummeted by 46 percent.  376,000 fewer taxpayers had their identities stolen by criminals.

In the past two years the IRS, working with major tax preparers, started sharing information to improve tax payer security.  Congress has also given the IRS more tools to prevent criminals from getting fraudulent tax refunds. This allowed the IRS to identify and block over 1 million phony tax refunds last year.

Federal authorities crushed a massive identity theft ring in Alabama and Georgia in 2015. Those thieves collected $10 million in fraudulent refunds. Cyber criminals are merciless. This scam even targeted veterans of the Afghanistan war being treated at Fort Benning’s hospital.

Last year another ring in the District of Columbia was taken down as they tried to steal more than $20 million in fraudulent tax refunds. The victims included people in assisted living facilities, drug addicts and prison inmates.

Technology deployed at the IRS in recent years identitfies potential fake tax returns. Now the IRS can flag dramatic differences in a taxpayer’s return from year to year for additional screening.

The earned income tax credit is a big target for identity thieves. The IRS was holding refunds until Feb. 15 for families claiming this credit. These credits provide payments to people who don’t make enough money to owe any federal income taxes. This makes them attractive to identity thieves.

Protect your personal nformation during tax season by following these steps.

Don’t be a victim during this tax season. Be aware!