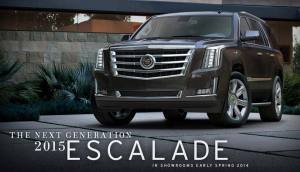 2015 Cadillac Escalade named one of the most hackable cars.

Car hacking is real and the day is coming when “hack my ride” will not sound so strange at all.

There is nothing like a new car. Black people will tell you that a nice car represents success, pride and is as important as their wardrobe. A car is part of the image you want to project upon arrival.

But cars have changed. Gone are the days when a new car had to have a nice stereo, air conditioning a sunroof and plenty of horse power. Now cars have to have great gas mileage, luxury and plenty of technology. And that technology includes Internet connectivity making car hacking the latest cyber threat,

Internet connectivity and access is rapidly becoming the norm and soon will be standard on most cars. According to Dailytech.com GM is joining with AT&T to provide Internet access in most of its 2015 model year vehicles using the LTE modem. The partnership will permit AT&T customers to add their car as another device on their current data plan. GM plans to make the service available this year. Chrysler has partnered with Sprint for its UConnnect Internet car connectivity.

Currently 23 million cars on the road globally are connected to the Internet in some capacity, according to research firm IHS Automotive. By 2020 that figure is expected to rise to 152 million.

Car experts and journalists believe that car Internet will be an appealing option for new car shoppers. Forbes magazine writes, “Today’s always-connected consumers already rely on high speed data connections in their vehicles, both for drivers and passengers, and the built-in connection offers distinct advantages: a more powerful antenna to improve signal quality, a constant energy source to power that connection, and an integrated design that is optimized for in-vehicle use.”

Cars are now coming ready from the showroom as WiFi hotspots. Black people are smart with our money so you don’t have to be rolling in money to buy a hi-tech car. The 2014 Dodge Dart offers WiFi connectivity with a range of 150 feet. Chevrolet Malibu will be introduced with a 4G hotspot functionality in 2015. The question is who would this vehicle option appeal to? The answer is people who work on the go. Many black business and sales people travel as part  of their jobs. A car with Internet connectivity truly makes that car an extension of their office if not the office itself. In addition there are plenty of other traveling jobs that will benefit from a full-time rolling WiFi. Parents traveling with children can enjoy a little peace while their kids enjoy  movies, games or texting in the backseat.

The new Chevrolet vehicles will also come with  pre-installed apps and the buyer can add their own as well. Standard apps include The Weather Channel, NPR and a car diagnostics tool called Vehicle Health.

Even Apple is getting in the game by preparing a new version of its iOS operating system to deliver iPhone apps and features to car dashboards.

But the same security principles apply to automobile WiFi that applies to your home or other mobile WiFi. You need to secure it using a good strong pass phrase and make sure it not easily identifiable by giving it a generic name.

European car maker Audi already offers Internet access in a number of its vehicles and BMW is also adding 4G capability to its cars. Detroit is definitely moving in that direction. Chrysler Automotive Group is teaming up with Sprint to enhance its Uconnect infotainment system on the Ram 1500 pickup and SRT Viper sports car.
Many luxury cars come with such features as Pandora Internet radio and voice activation features such as the Sync system found in Ford vehicles.

Cars with Internet connectivity are here now and there is both benefit and dangers to this new feature. As I have said so many times before if it connects to the Internet it can be hacked. So car hacking is here to stay.  A recent list released by CNN Money reveals what are the most hackable cars on the road to day. The report showed that the 2014 Jeep Cherokee and the 2015 Escalade both have serious security weaknesses. Both cars are equipped with apps and Bluetooth and other connected features. The technology connects the car’s cellular features such as the OnStar system. Unfortunately this system is also connected to the engine controls, steering, brakes and tire pressure monitor system. The Toyota Prius which offers the AM/FM/XM and Bluetooth has a similar flaw.

The problem with Internet in cars is that security flaws in these cars could allow a hacker to take over the car. A hacker may be able to unlock the car to get inside or steal the car altogether. A malicious hacker could take over control of the car by hacking critical functions like steering, acceleration and braking. Other features in the car could also be hacked such as the instrumentation. Needless to say this could put passengers in grave danger at highway speeds.

Don’t take car hacking lightly. In a recent cyber warfare exercise an Army convoy was disrupted by a cyber attack that told the vehicle engine to shut down because the tire sensors were hacked and programmed to report all tires were flat.

In response to potential security flaws automaker Chrysler Jeep said in a statement, “Our vehicles are equipped with security systems that help minimize the risk from real-world threats…Chrysler Group will endeavor to verify these claims and, if warranted, we will re-mediate them.”

Cadillac also responded by saying; “The report does not mention many new security features and mechanisms installed in the Escalade, and its description of the vehicle’s electronic system is not fully accurate.” Cadillac also pointed out some security features “…are private and not accessible to researchers (or thieves).”

Wired’s list actually includes twenty vehicles and most of them are 2014 models and the 2015 Cadillac Escalade is included as well.

Technology in cars is not slowing down. The U.S. Department of Transportation and the National Highway Traffic Safety Administration recently approved the V2V communication systems or vehicle-to-vehicle system. Regulators believe that the system will improve safety, reduce  accidents and smooth the way for more connected cars.  Anthony Foxx,  Transportation Secretary, said V2V technology could improve safety for motorists in the coming years in much the same way that seatbelts and airbags did.

V2v is a system where cars on the road communicate with each other and could potentially notify one another when an accident is imminent. The technology could apply the brakes to help prevent or mitigate the collision. Currently Mercedes-Benz offers the most sophisticated collision avoidance system capable of warning of an imminent collision and bringing the car to a complete stop. Other safety features that are coming to cars include pedestrian detection systems and external airbags.

Audi, Volkswagen, BMW, Ford, General Motors, Honda and Toyota and nearly every other car maker is developing some form of V2V technology. German automakers have already begun a pilot program that combines V2V with vehicle-to-infrastructure technology.  This technology permits cars to communicate with each other as well as traffic signals. GM is studying the possibility that V2V systems could identify pedestrians by picking up their cellphone’s wireless signal and alerting drivers.

The average car have as many as 100 computers on board. These computers control everything from the efficiency of the engine to the environmental control to the steering and brakes. Now granted a lot of the older computers are not capable of receiving radio signals from outside the car. But with the emergence of WiFi and cellular technology more and more cars are able to receive outside data.

We have to accept that with this new technology there is the issue of auto hacking and black car buyers need to become more aware of the security vulnerabilities of our car’s technology. If you are shopping for a new car and want these options  you need to know what security is in place to keep you and your family safe. Because someone could hack your ride. 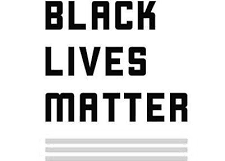 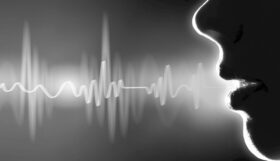