App of the Week- WageSpot 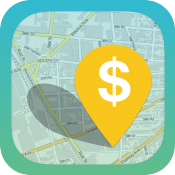 Many will tell you that nothng is more private than money, not even sex. But is the hush-hush attitude about wages and salaries keeping wages low? Are corporations using this situation against the 99%? That’s why WageSpot is the App of the week?

WageSpot allows the user to compare their income to that of others around them. Revealing one’s wages is a radical concept but America has a serious problem when it comes to wage gaps among workers across genders and even between races. It’s common knowledge that women earn less on average than men for the same job. And black men earn less that whites with equal education and qualifications. Why? WageSpot maybe abe to change some things.

Users of WageSpot will be able to see and share their salary information directly with other users. This feature will provide a clearer picture of what the worker should, or could be, earning.

WageSpot uses data inputted by users that will be filterable by job title, salary, location, gender, job satisfaction, experience, and a number of other determinant factors.

In an email to Fortune.com co-founder Marat Galperin said, “What appealed most to us about the idea of WageSpot was that it was both controversial and compelling. The last American taboo on keeping salary information secret has really helped employers keep salaries down. We strongly believe that bringing transparency into the world of compensation can help turn the tables on employers by empowering employees with useful information. We envision WageSpot becoming a ubiquitous part of any salary discussion and a powerful tool helping level the playing field for all employees.”
WageSpot is free and available on Apple and Android devices.