Emmitt McHenry, Inventor of the .com 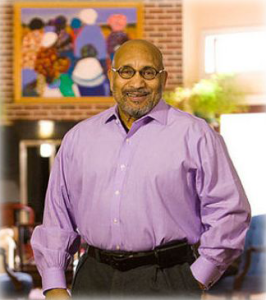 Before anyone ever heard of the Internet it was a simple government cold war project. The original purpose of the Internet was to create a communications network that could survive a nuclear attack.

In 1979, McHenry and his associates launched Network Solutions , an engineering company. But, like many black owned companies, they could not secure financing. McHenry and his partners mortgaged their properties and maxed out their credit cards. The company managed to thrive. But the jewel in the Network Solutions crown was a contract with the National Science Foundation. The contract was for the U.S. government’s first domain name addressing system for the Internet.

McHenry created a complex computer code that allows ordinary people to surf the web and receive e-mails without having to study computer science. We know McHenry’s invention today as .com.

In addition Network Solutions also maintained WHOIS . The central database of assigned names. Network Solutions was awarded the $1 million a year contract to manage the domain names registration service for the Internet. It turned out to be both a blessing and a curse.

Al White, a friend of McHenry’s who was hired as to head up corporate marketing said, ““You have to understand,” explains White. “We had no competitors for the bid. Not AT&T.  No one.  No one really knew what this Internet thing was, so it was not on anyone’s radar.  And had it not been for the head of the NSF at that time, it would not have been on ours either.”

Besides the domain names Network Solutions was dealing with other sensitive government engineering projects. As the Internet began to explode McHenry realized the company needed to  grow. His problem was the $1 million a year government contract was proving to be a burdensome yoke. No matter how many .com names his company registered they could not raise the price.

“Slowly some people began to understand or at least be curious about the Internet,  and we started to get more and more requests for the domain names,” said White.  White pointed out the expensive task of building the technical infrastructure to handle such an emerging industry was costly to create, to say the least.  “We had no income producing model for this,” White explains.  “The agency (NSF) would not let us charge for issuing the names.  That was part of the deal, and we had no idea the thing would move the way it did.  When you hear it now it seems crazy but, yes, we actually gave away all those domains for free.  Had to.”

For help McHenry approached wealthy African-American’s for investment capital but was refused. McHenry tried financial institutions and Wall Street. Again he was turned down. McHenry got some help from a white fellow engineer but it simply was not enough. McHenry was being squeezed. The demand for domain names continued to explode while the government insisted if he could not keep up they would void the contract.

The financial squeeze came to a head in 1995 when McHenry sold Network Solutions to Science Applications International Corp (SAIC) for $4.8 million. Suddenly, within months, the government gave SAIC the rights to charge $70.00 per year for each domain name. In addition the company received a royalty on any other created domain names. This was the exact same request McHenry made of the government.

Literally millions of people and companies were requesting domain names. As a result a bidding war started for SAIC which was swimming in cash. The big winner was a company called VeriSign Inc. Within a year SAIC turned its $4.8 million purchase of Network Solutions into a $21 billion windfall.

Today Emmit McHenry is founder and CEO of NetCom Solutions International, Inc. a telecommunications, engineering, consulting, and technical services company. The company has received awards from IBM, NASA and Lucent Technologies. It has revenues of $260 million and over 200 employees in Chantilly, Virginia and Oklahoma City.

McHenry is not bitter about his .com experience. “We misjudged the fact that demand would drive the telecom infrastructure,” says McHenry. “But I don’t regret anything. We spent a lot of time being engineering purists and we didn’t focus on the capitalist potential.” Still, McHenry insists, “a man should never regret selling at a profit.”

Earl Brotten, a close friend of McHenry who also works at NetCom Solutions, has heard McHenry whisper; “I coulda been a billionaire.” 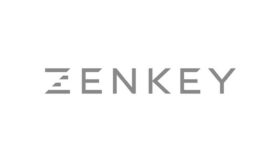 ZenKey, Is This The End For Passwords?